You are at:Home»Reviews»Midranges»Westside Warship Review 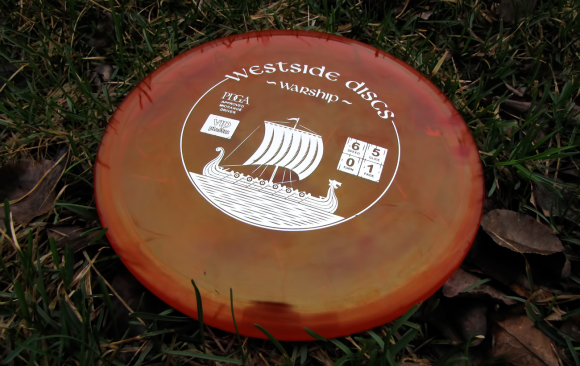 Finding a reliable stable midrange that fits your game can be difficult for disc golfers of any level. There are many options out on the market that each offer great qualities. The Westside Warship is one midrange that offers a controllable flight, great glide and a great feel. Westside sent us a VIP Warship to test and we were impressed with the results.

On paper the Warship appears to be a fast, stable midrange with decent glide. Westside rates it at a 6, 5, 0, 1. When you first hold the Warship, you can tell it has a slight dome — gradual from edge to edge — and fits comfortably in the hand. Some midranges feel very deep in the hand — this is not the case with the Warship.

On our first few throws, we could tell the Warship did have some added speed to it. It was certainly faster than an Innova Roc or a Discraft Buzzz, but we aren’t sure we’d give it a full six for the speed. It does come out of your hand quickl and will carry a little further than you might expect, but the added glide seemed to cause the extra long flight. Overall, we’d put the speed at about a 5.5 though. It is fast, it does like some power, but it remains controllable.

Speaking of control, the Warship is very responsive to the line you put it on. If you need a slight sweeping hyzer or a gradual turnover, the Warship will hold on that line. When thrown into a minor headwind, the Warship did turn a little and carry that line. If you are facing a decent sized headwind (10-15mph) the Warship is likely not the disc you should be reaching for. Now, if you have a tailwind, the Warship should perform as expected. With the slight dome, we were able to achieve vey nice distance for a midrange with the Warship when it had the added help of a tailwind under it. We gave it a little more height and let the glide carry it down the fairway. 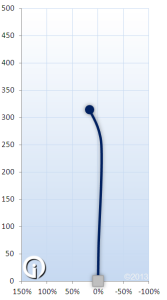 The Warship is a very nice midrange disc. The added speed and great glide will offer slightly more distance when compared to other midranges in the speed 4-5 range. If you are needing to hit a tight line or just need straight line distance, the Warship should do the trick. Headwind’s aren’t the Warship’s best friend, but any good tailwind will hook up with the Warship and send it down the fairway.