You are at:Home»Reviews»Drivers»Westside Underworld Review 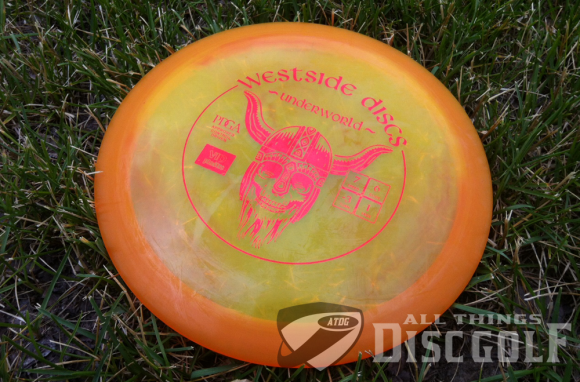 There are times as a disc golfer when you walk up to the teepad and wish you either had a strong flick or wished you could throw with the opposite hand. If you’re a right-hand-back-hand thrower, you just need the disc the disc to go right at the end of the flight and not left. One of Westside’s latest discs can do just that. The Westside Underworld is an understable fairway driver with a high amount of glide.

Westside describes the Underworld as an, “Understable control driver that combines glide with precision regardless of arm strength.”

Our best results were on throws with a little hyzer to help get a little added distance out of it. Without the hyzer, it would start to turn a little too early for us. On holes around 280-320 feet, we we needed it to fly straight for about half the flight and then start to turn. This is where the hyzer was needed the most. If it has room to fly, the Underworld will carry out a full flight path.

At the end of the flight we barely saw any fade at all. At the very most, it would fade back to flat, but still finish on the line it was heading on. While some throws call for some fade, any time we would reach for the Underworld, we would want it to finish on the line we put it on.

While some might want to add some anhyzer on release, you really don’t need it. Just let the Underworld do the work. Headwind? This is not your disc. That’s about all we can say about that. 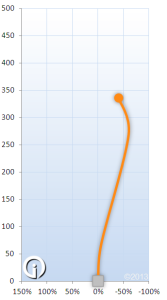 The Underworld does bring a high amount of glide. The glide really helped the Underworld carry out a full flight and continue to fly to the right. Many times we’d see the Underworld hold up a little longer than expected due to the glide.

If you have a slightly weaker arm, expect to see a little straighter flight out of the Underworld. It is a little forgiving and should give you a little added distance because of the understable flight and added glide.

The flight chart from inbounds Disc Golf shows the long understable flight of the Underworld. We do agree with Westside’s ratings and would give the Underworld ratings of 7, 6, -3, 1.

If you have a very strong arm, the Underworld does not need a lot of power to get it to head right. If you don’t force it over, the Underworld will perform for you. Weaker arms will find themselves very comfortable with the Underworld.