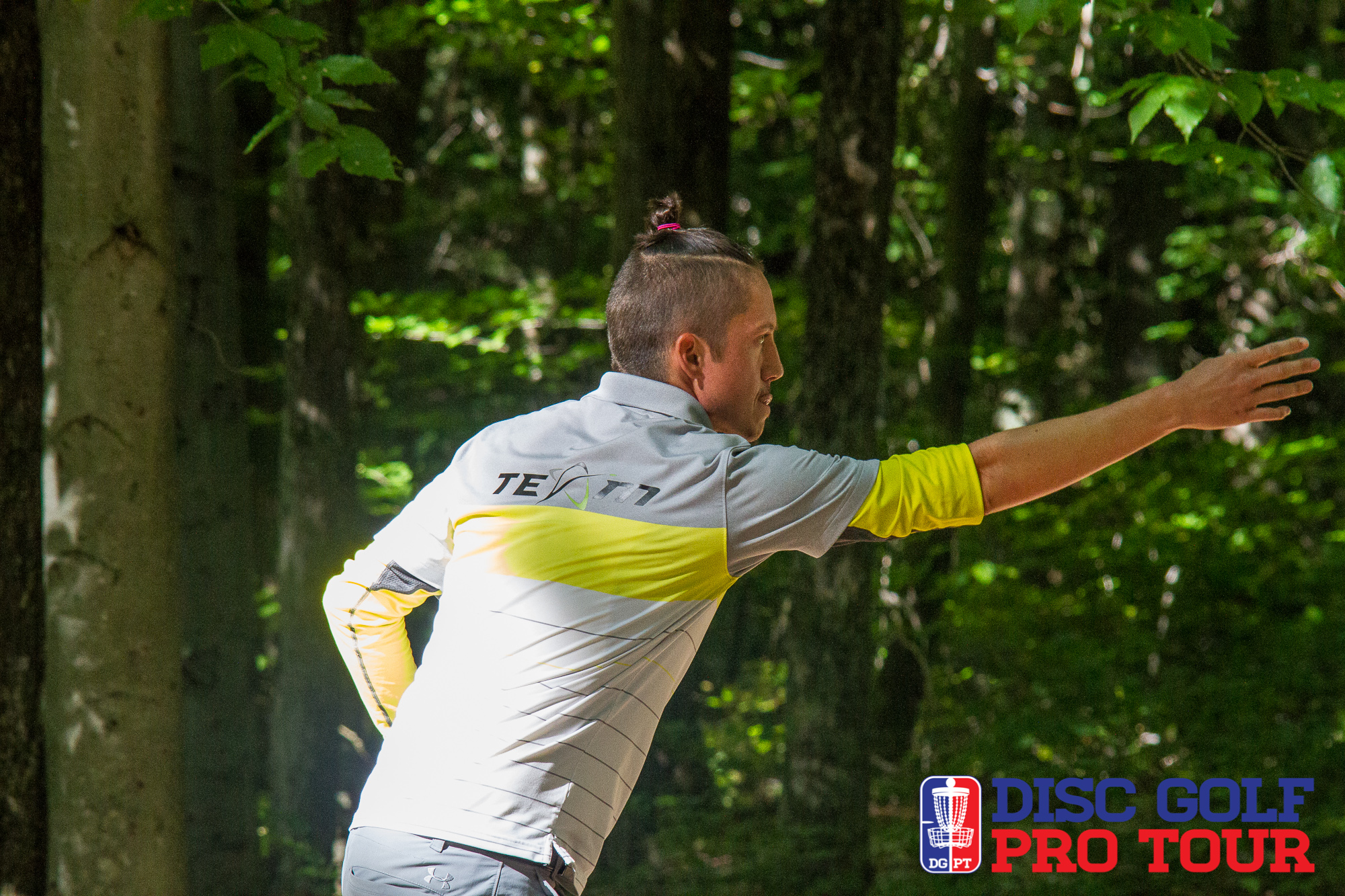 Confidence was high for Paul Ulibarri going into the three-round Green Mountain Championship this past weekend. The final event before the Disc Golf Pro Tour’s Tour Championship was an important one for Ulibarri. Not only did he crave a top finish, he needed one at the top of the leaderboard to give him a shot at a bye into the semifinals of the Tour Championship.

Ulibarri finished in third, the position he thought he needed for the bye, but fell just a few points short and was forced into the quarterfinals with a chance to qualify with a late afternoon round. While his weekend came to a close in the semifinals, Ulibarri left everything on the course when everything was said and done.

We talked to Ulibarri Monday afternoon as hit the road.

You said before the Green Mountain Championships, you needed a third place finish to hit secure the bye into the Tour Championship semifinals. You did finish third, but just missed out on the bye and were forced to play the in the quarterfinals. Talk about the GMC.

“I knew I was playing well going into it. I had a lot of confidence. I got on one of the featured cards in that first round and that helped put me in the right mood. Good start though, but the whole card actually beat me by a few shots. I played ok in the second round, but it ended up being better than I thought and turned out to be the second best of the day. That moved me to the lead card and in the mix.”

“I played well the second day. Coming down the stretch I knew it was close. Coming into the last hole I didn’t know the scores. I asked someone who was around me and I knew Jeremy Koling was close, but wasn’t as close as I thought. I had a low ceiling putt and knew I could three putt it and be safe. I missed the first attempt and made second shot but that cost me second place. Michael Johansen had a great round and jumped up to second that that was enough points to make the difference.”

“After all the math I did, I thought third would get me the bye and in the end I missed it by two points. I had to play the qualifying round for the semifinal.”

With the solid performance in the bag, were you feeling good after the GMC?

“I did. I fell apart at the end a bit though. Ricky Wysocki played really well for the win and I was bummed I didn’t catch him. Overall though, I was really happy. I was really in control of my mental game and my physical game. My finger held up too.”

Knowing you had to play the quarterfinals of the Tour Championship, was it nice to start fresh again?

“Honestly, I was bummed. I wish I would have known the scores better during my round. I would have had the bye. I thought I had some room, but didn’t check the scores myself. I put so much effort into the round, I was mentally drained going into the quarterfinals.”

“I didn’t start very hot. I think I was tired, but dug deep on the back nine and ended up qualifying for the semifinals. That felt great, but I think that took it out of me. I didn’t have a lot left in me. I lost my focus on a hole and that was the difference. Ended up taking the highest score on a hole I have all week.”

“The bye was important to me and not getting it was something that set the rest of the weekend for me.”

Let’s talk about those few holes in the semifinals. You had an ok start before a couple high scores.

“That’s when things set in. I caught a bad break and it rolled, and another break and it rolled. I ended up taking a seven. That was the first quadruple bogey of the year and I haven’t taken anything over a double bogey all year. That hurt.”

“I might have only taken two double bogeys the entire Pro Tour. That was tough. Luckily my group was really cool to play with. I still felt I had a chance. No one was really playing that hot. I was down six to James Cole, but had a chance to come back. A birdie before the par five was good, but then caught another bad break. A good shot was followed by a kick off the basket out of bounds and before I knew it, a double bogey was on the card.”

“It was tough. I don’t take numbers like that. That was new for me. Even then, I still think I had a chance. No one got hot. I kept pushing and birdied 8 of the last 10 holes to get back to under par. I didn’t come close to those guys, but played really good except for a few bad breaks. Otherwise, I would have been in the finals.”

“A couple bad breaks. Laps in concentration. Physically and mentally worn out. It came down to that.”

“I didn’t. I didn’t like it at all to be honest. One thing I didn’t like was Ricky Wysocki not getting into the finals with a bye. The winner of the Pro Tour, the one with the highest point total, wasn’t in the finals. I wish that would have happened. He out played everyone the entire Pro Tour and should have been in the mix for the finals.”

“The ‘beat your card and get in’ wasn’t the best. It should have been the best scores.”

“I wasn’t sure about the one round quarterfinals. If you play the whole series and get top 16 in points, you should be in, or the top 10 and then a qualifier on top. It took away from how prestigious it could be.”

What do you think of the Pro Tour as a whole?

“I have some mixed feelings. I love what they are trying to do and they have accomplished a lot. I need some time to review everything before further comments.”

A big “thank you” to Ulibarri for talking all year long. We always welcomed the candid answers and the chance to get into the head of someone traveling the country playing on the Disc Golf Pro Tour. Hearing about the physical issues with a bad finger, the mental struggles, and what it takes to compete at the highest level was a great experience.

It is hard to open up to someone like this on a regular basis and each and every week we feel Ulibarri delivered a great look into his time on the Disc Golf Pro Tour.