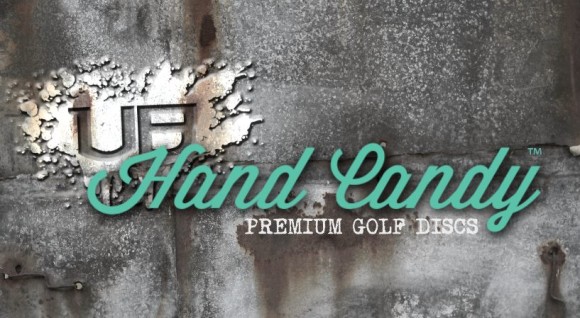 We caught up with Brouphy to get the details on the new line of Hand Candy from UB Disc Golf.

All Things Disc Golf: What made you guys want to get into the disc golf manufacturing business?

Michael Brouphy: It was one of those things that just happened, we were printing shirts one day and in walked an injection molding factory employee looking for shirts, I thought to myself “here is your chance” and I made it a point to surround myself with people that knew how to make this work.

All Things Disc Golf: What are your plans with it? A slower rollout of a full line (MVP, Vibram, etc..) or a quicker rollout (Prodigy).

Michael Brouphy: Right now we just want perfect discs, if it flows then it could be quick. However, if things need to go slow to be done right then it won’t be an issue at all.

All Things Disc Golf: Regardless of the time table, what can people expect from you guys?

Michael Brouphy: Discs that are made right, and a cohesive image that hasn’t really been seen before in the disc golf world. My background is in graphic art, so I hold that aspect to high standards.

All Things Disc Golf: If I’m looking at a wall of discs for sale, what will have me drawn to the UB Disc Golf line?

Michael Brouphy: I think the thing that will bring people closer is the artwork on the discs, I grew up in the world of art, skateboards, and band teeshirts, with a disc being such an awesome canvas I wouldn’t feel right not putting as many different designs as possible on discs. After they get close enough to touch the discs I think they will be sold. 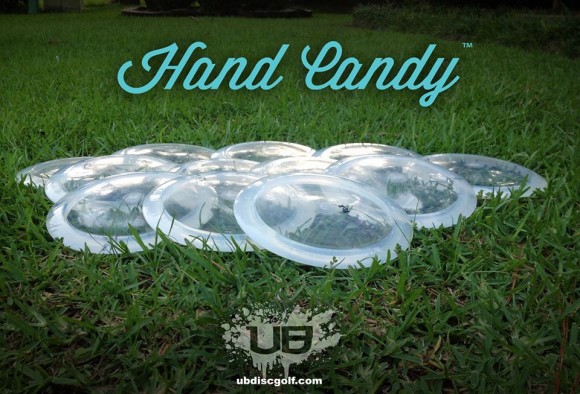 All Things Disc Golf: The name of the line of discs is Hand Candy, correct? Where did that name come from?

Michael Brouphy: The name of the disc line is Hand Candy. The first line of plastic out will be called Creamy, the first disc is the Procul. The disc was originally called the Volo but we ran into issues with Volo Disc Sports and wanted to keep separation and not step on their toes.

All Things Disc Golf: Plans for other types of plastic?

Michael Brouphy: We have plans for other plastics, all of it is still up in the air. We want to make sure we are fully confident in what ever plastics we choose to move forward with.

All Things Disc Golf: You have also hired Samuel Heilman as your main disc designer. Heilman worked for Innova for quite a few years. What does he bring to the table?

Michael Brouphy: It is amazing to watch Sam work, from the mold design to actually injecting plastic into the mold you are quickly made aware that this guy knows what he is doing. Another selling point for me was his high standards in quality control. If anyone is questioning his capabilities the proof can be seen in CE Rocs, 10x Aviars, the list could go on and on.

All Things Disc Golf: We’ve heard some buzz that your plastic will be a clone of Innova’s Champion Edition (CE) plastic. Any truth to this?

Michael Brouphy: Hah not sure where that came from, I think everyone just loves it so much. All we want to do is make good plastic, candy plastic.

All Things Disc Golf: The PDGA approval process is underway, but you already had to make changes to the mold for the first disc. Why did you have to go back and tweak things?

Michael Brouphy: The disc just wasn’t getting the flight we wanted, they looked beautiful, felt amazing, and super consistent just not quite doing what we wanted, but we are close.

All Things Disc Golf: While giving a true launch date can be hard, do you have an idea of when discs will hit the market?

Michael Brouphy: I’m hoping by the end of this month [June] for sure, I want to see them on the courses as soon as possible!

Thanks to Brouphy for the insight to the new Hand Candy. Stay tuned to All Things Disc Golf for the latest news about the Hand Candy line of discs from UB Disc Golf.

We’ll even have your chance to win some plastic from UB Disc Golf soon. Wouldn’t hurt to Like our Facebook page until then. You’ll be the first to know.