You are at:Home»News»Prodigy Disc: One Year Later 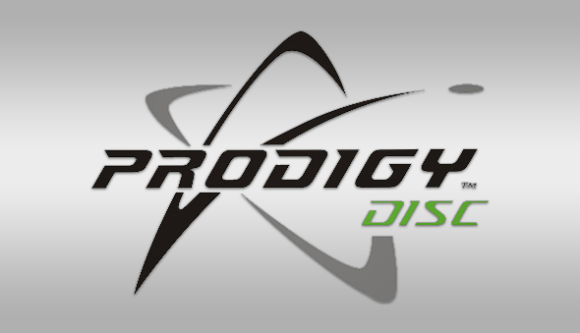 January 1, 2013 brought the initial announcement from Prodigy Disc. We found out who was on Team Prodigy and some of the first plans for their line of discs. One year later, we’ve seen some additions to the team, 17 new discs, and the start of a full line of disc golf accessories.

We wanted to take a look back at Prodigy’s first year and reached out to one of the founding members, Michael Sullivan, to talk about the first 365 days, well, public days, of Prodigy Disc. We got a chance to talk about the past, but also looked towards the future.

All Things Disc Golf: While the work of Prodigy Disc goes back more than one year, to the public, it was just one year ago when the first announcement of Prodigy Disc was made. Before we get into the details, were the last 12 months beyond what you guys ever expected?

Michael Sullivan: Yes, they certainly were! The initial response to our first announcement was totally overwhelming. We had no idea that there would be so much interest in a new disc manufacturer. We had over 300 dealers within the first 3 weeks.

All Things Disc Golf: What was the biggest surprise of 2013 for Prodigy Disc?

Michael Sullivan: There were many. Two of the biggest surprises were, all the talk about the team and how competitive our players were in such a short time of having each disc introduced to their bags.

The talk about both Prodigy Discs and the team was incredible. It was hard to believe just how much support and passion was out there, in such a short time, and how engaged the disc golf community was, and is, with us as a new manufacturer.

The Team being so competitive was big for us. While we expected them to use the new products, as they received them, we had no idea just how well they would adapt to them. If my math is correct, Prodigy Disc team members ended up winning 14 of the 24 Open Division titles in the Majors and National Tour events.

All Things Disc Golf: What were some of the challenges you faced?

Michael Sullivan: Of course, as a new company, we had several challenges to overcome. Even though the founders were all disc golfers, there were many aspects of manufacturing discs that we were unfamiliar with. We were also being scrutinized more than any other disc manufacturer in history. It felt like we were under a microscope with everything that we did or said. From the issue of overweight discs to fading colors, etc. basically, getting it all perfect while meeting the demand was quite challenging.

We feel that we dealt with all these challenges well, especially working from 3 different countries.

All Things Disc Golf: After the initial announcement of your team members, you added two in Seppo Paju and Ragna Bygde. Are there any plans to expand Team Prodigy in 2014? Everyone coming back?

Michael Sullivan: Yes, everyone is still on board for 2014 and they are all very excited about what the new year will bring.
We do have plans to expand the team and will be making announcements shortly. Our first announcement, made January 1, was about our Protégé team which will consist of 13 up-and-coming young players who have been chosen by our Pro Team members, including 2013 junior world champions. Each pro will mentor his or her own protégé. We’re very excited about this program as it is the first of its kind. Stay tuned for more announcements!

All Things Disc Golf: Prodigy released 17 total discs over the last year. How difficult was it to push out so many discs in such a small time span. Do you consider yourself to be on schedule with your releases? Ahead? Behind?

Michael Sullivan: Though it was challenging and somewhat stressful to release that many discs, we didn’t have much choice, as the demand for more models was so great. It was well within our capacity but what to develop was the bigger question. Do we make discs for the top level players first, since only 1% of the players need discs like this, or do we make discs for the masses? We were concerned that our team would be equipped with all the discs that they needed to compete.

I do believe that we are on schedule with our releases. The 18th disc should be available by the time your subscribers read this.

All Things Disc Golf: While you typically keep plans under wraps, any insight to your next set of releases?

Michael Sullivan: I can tell you that we will be releasing some lighter weight plastics and higher numbers in all the series. These will cater to all types of players.

All Things Disc Golf: Speaking of discs, the plastic you guys use seemed to get as much publicity as the discs themselves. Can we expect any new plastics anytime soon? What about this mysterious 750 series plastic?

Michael Sullivan: We have had fabulous response to our plastics and that has been very encouraging. Yes, you can expect some new plastics sometime soon. The “mysterious” 750 will be one of them.

All Things Disc Golf: You recently announced that you’ll be producing a line of disc golf bags. What capacity and styles can we expect? Are they being made in the US or overseas? (the US/overseas question is something we can personally look past, but we know that is a popular one)

Michael Sullivan: Our starter bag has been on the market for a month now and all I can say at this point is that we’re working on some new ideas.

All Things Disc Golf: What goals has Prodigy Disc set for year two?

Michael Sullivan: Of course we would like to keep growing at a good pace and stay innovative. We aim to increase our vendor base and the amount of products available to them. Last year we sponsored 2 Majors, 2 NTs, A Tiers and other events. We also participated in a number of fundraisers for different causes. We’ll strive to do even more in 2014.

All Things Disc Golf: Finally, with all that said. Sum up the first year of Prodigy Disc in three words or less.

All Things Disc Golf: Anything else you want to cover?

Michael Sullivan: We would really like to thank all of our supporters including retailers, distributors, players and fans. We couldn’t have imagined that our product would be in 20 countries in such a short time. We hope that Prodigy Disc can make a valuable contribution to the future of disc golf.

All Things Disc Golf: Any questions for us?

Michael Sullivan: If you were us, what disc would you produce next?

All Things Disc Golf: If it were up to us, we’d love to see some utility discs like a “tweener” putter/midrange that is overtable (or understable for that matter). New plastics would be great to see as well.  We guess we’ll just have to wait and see!

A big “thank you” to Sullivan and the entire Prodigy Team. The first year was an exciting one and we’re anxious to see what Prodigy has planned next.