You are at:Home»Reviews»Putters»Prodigy Disc PA4 Review 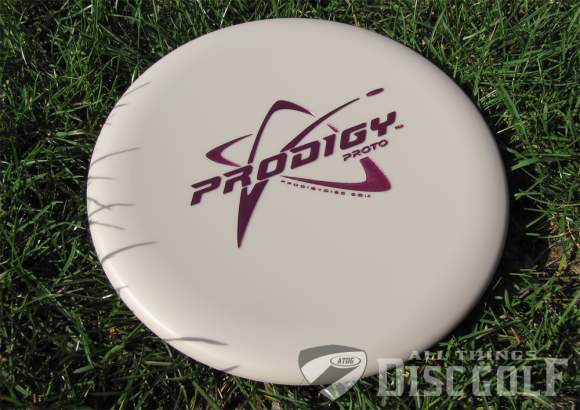 As Prodigy Disc continues to fill out their entire lineup of discs, Prodigy recently released their second putter: the Prodigy Disc PA4. While it’s PA1 cousin is stable to overstable, the PA4 sits on the understable side of the flight charts.

Prodigy says this about the PA4:

PA4 is an under stable Putt and Approach disc. It is designed for all players and skill levels. The PA4 will turn up when thrown hard and will then have a long glide and gentle turning finish.

As with the PA1, the PA4 we were able to test was in the 500 series plastic (get our thoughts on the 500 series plastic in our review of the PA1). We first used the PA4 as a driver and noticed a very controllable flight. There was little doubt that the PA4 was an understable disc. When thrown flat, the PA4 would track slightly to the right before settling back down to the left at the end. When released with some hyzer the PA4 would flip up flat and fly straight, or, depending on the angle of release, even track on a very slight line to the right before finishing straight.

Where the PA4 really shined for us was as an approach disc. When used from inside 100-150 feet, the PA4 was one of the most accurate putters we’ve used when used for upshots. The undertstable flight path allowed us to trust the PA4 on a nice straight line without worrying about the disc turning over or hyzering out on us. It could hold a slight anhyzer line or hold a very nice controllable hyzer line with a straight finish.

The PA4 also had more glide than the PA1 during our tests. This brought slightly more distance off the tee and allowed approach shots to remain in the air slightly longer than the PA1. 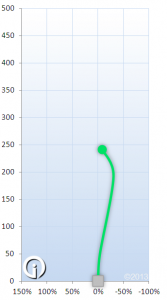 As a putter, the PA4’s glide and understable flight provided a very straight flight when used inside the circle. If given a little hyzer out of the hand, and enough speed, the PA4 would fly a very straight line into the chains.

The flight chart from inbounds Disc Golf shows the nice turn of the PA4 with just a small amount of fade at the end. We’d give the Prodigy PA4 flight ratings of 2, 3.5, -2, 1.

Where the PA4 showed it’s strength was on approach shots. The undertstable flight and glide helped us hit our target on many approach shots. It can handle just about anything you throw at it. If you like a more understable putter, the PA4 should be more appealing to you than the PA1.