You are at:Home»Reviews»Drivers»Prodigy Disc D2 Review 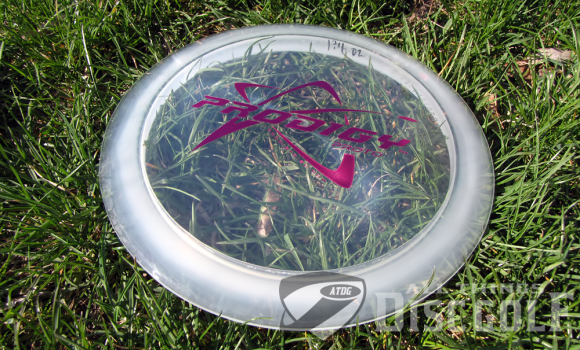 Earlier this year Prodigy Disc released two of their four distance drivers: the D1 and D4. Now they have completed their distance driver lineup with the release of the D2 and D3. We first took the Prodigy Disc D2 out to the course to see just how it stacks up against the rest of their lineup.

Prodigy says this about the D2:

D2 is a very fast, over stable driver that is designed for strong throwers. Just slightly less stable than D1 this driver is good in all conditions and flies just as well into the wind as it does with the wind. It is an extremely reliable driver with the least amount of side-to-side movement of any driver on the market. It is equally as long, twice as forgiving and has a much gentler finish.

The D2’s wing, along with all of Prodigy’s distance drivers, measures in at 2.3cm. As we stated with our reviews of the D1 and D4, even with the large rim, these discs feel very comfortable in the hand and come out nice and clean. The D2 is no exception. We’d put the D2 in the Speed 12 category, but don’t let that intimidate you.

The D2’s flight is very unique. The D2 is an understable flier at high speeds and doesn’t have a lot of fade at the end. You could almost call the D2 a much faster Innova Leopard. Let us explain.

We first gave the D2 a nice flat release and noticed the turn kick in immediately. This surprised us at first and took us a little getting used to since we were expecting a little more stability. We then decided to give it just a touch of hyzer and saw a very nice flight. The D2 quickly, but smoothly, rolled from a slight hyzer angle to flat and then to a slight anhyzer angle as it glided down the fairway.

At the end of these throws, the D2 showed very little fade. If the throw was really heading on a right to left path, the D2 would finish on that line. If on a straight throw, the D2 would settle down nicely and finish with a very forward penetrating fade. 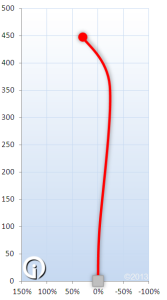 While a comparison to a faster Leopard is close, it isn’t exact. The D2 is unique. So very often disc golfers are looking for a high speed disc to carry smilier flight paths to a fairway driver, but bring more distance. The D2 in our tests produced this exact thing. Don’t expect a strong fade, don’t expect a very high amount of high speed stability, but do expect a very straight and unique flight.

Overall we’d rate the Prodigy D2 at: 12, 5, -2, 1.5. The inbounds Disc Golf flight chart shows a slightly more stable flight than what we we experienced. In our tests, the D2 would does not like a headwind.

The Prodigy Disc D2 is one of the most unique high speed drivers we’ve thrown. It is a hyzerflip machine and it will produce straight flights time after time. Disc golfers from monster arms to weaker arms will see great results with the Prodigy Disc D2.

Have you thrown the Prodigy D2? What do you think?
Sound off in the comments.