In November 2014, indie developer Jari Räisänen released his Pixel Disc Golf app for iOS and brought a 16-bit style to a casual disc golf game. Now, Räisänen has released a free version, Pixel Disc Golf Lite, to help bring the app to a wider audience and give people the ability to test out the app before they buy the full version. 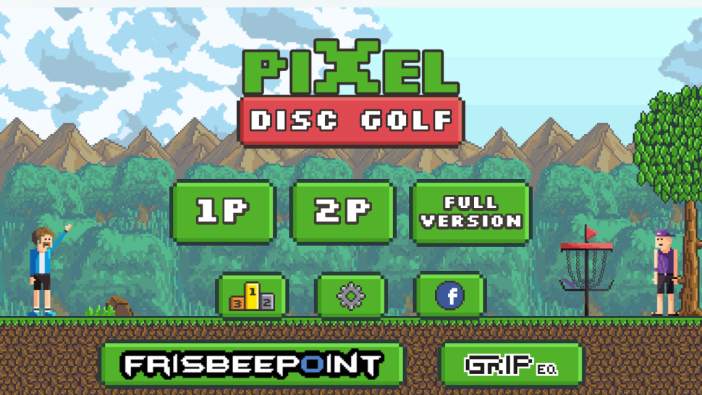 The app comes with two courses, each named after one of the sponsors. Each course has six holes to test your 16-bit disc golf skills. You’ll find some Frisbeepoint banners and a Grip EQ bag waiting on the teepad for you at each hole.

For those Android users who are still anxious to get their hands on the Pixel Disc Golf platform, Räisänen tells us that development continues on an Android version and he’s making progress. He hopes to have it released later this spring.