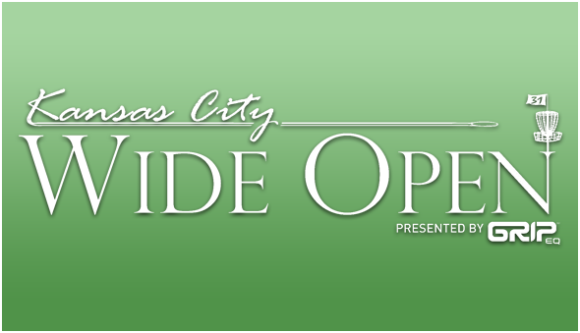 Some of the best disc golf in the United States can be found in Kansas City. This weekend, those courses will be filled with the best disc golfers for the 2013 Kansas City Wide Open. The KCWO is the sixth of eight stops on the PDGA National Tour. The current National Tour standings has Ricky Wysocki sitting comfortably on top thanks to three previous NT wins this season.

Admittedly, it is hard to sum up Wysocki’s performance this year. With wins at Texas States, Hall of Fame Classic, and last week’s Great Lakes Open, Wysocki enters any tournament as the favorite. You can’t argue against that. Wysocki is joined by Will Schusterick (Memorial) and Paul McBeth (Masters Cup) on the NT winners list. With the PDGA National Tour rankings taking in your top five tournaments, plus the Vibram Open, Wysocki could nearly put a lock on winning Player of the Year with a win this weekend. But, another strong finish by McBeth or Schusterick will make the race tighter heading into the final tournaments. You also can’t count out Nikko Locastro who has been very consistent on the National Tour as he sits in second in the standings. Sitting in third is Dave Feldberg.

The KCWO is held on four different courses. Friday includes one round at Waterworks Park followed by a second round at Rosedale Park. The two round day leads to a single round on Saturday and Sunday. Saturday, the action heads to Blue Valley Park. The final day of play takes place at Swope Park on the Gold course. After a final fourth round, a final nine is also held at Swope.

On the women’s side of the National Tour standings, Sarah Hokom leads Paige Pierce by just five points. They have both been in contention at every NT stop with Hokom winning at Texas States and the Great Lakes Open. Pierce ran away with the Memorial to start the year. While Catrina Ulibarri and Brittany Blair are both in contention, sitting in third and fourth respectively, the battle for Player of the Year appears to be between Hokom and Pierce.

The KCWO will test a golfer’s overall game with four different looks over four rounds. It will take a strong effort and consistent play to come away with the NT victory.

Check back after the weekend for a full recap.