The 2015 PDGA World Championships officially got underway Tuesday in Pittsburgh, Pennsylvania and familiar names are at the top of the leaderboards with four days of action remaining.

Until the field is cut down Friday afternoon, the Men’s Open field is split into two pools. Pool A, which currently houses many of the top pros, played one round at Moraine State Park, while Pool B hit Slippery Rock University for a pair of rounds. Wednesday flips that schedule with the top pros having two rounds on the docket before the pools are shuffled leading into day three.

Paul Ulibarri used a bogey free round to come in at -11 (55) at Moraine to stand in the top spot for Pool A. This mistake free round gives him a two shot lead on the rest of the pool with Florida’s Calvin Heimburg sitting in second place with a -9 (57). Behind that duo you’ll find Simon Lizotte, Paul McBeth, Will Schusterick, and Eagle McMahon all tied at -8 (58). The action is far from over with 14 other disc golfers within two shots of third place in Pool A.

The standings are a little hard to describe after the first day of play, but the pools will swap schedules for day two. After the dust has settled, we’ll have a better idea for how things are playing out. 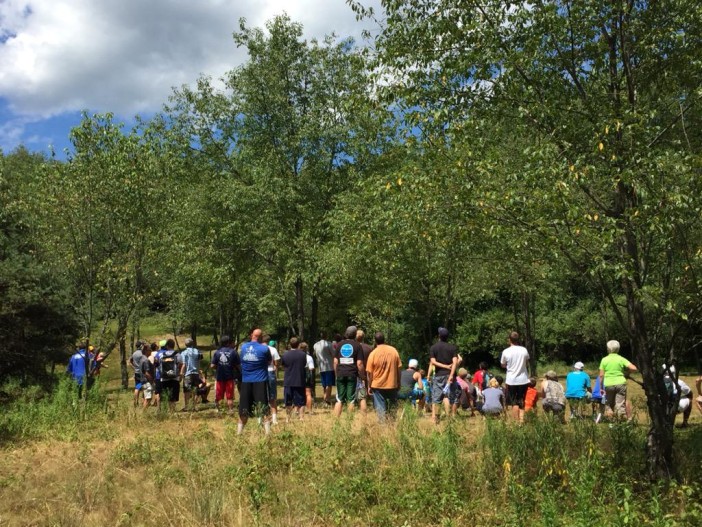 The women also took to Moraine for just one round to open their Worlds journey. In the end, Valarie Jenkins and Sarah Cunningham both carded just one bogey during their -4 (62) rounds.

While the pair sit on top, four others are under par including Ragna Bygde and Jennifer Allen just one shot back after a -3 (63). Holly Finley sits in fifth at -2 (64) as Sarah Hokom is the only other under par at -1 (65). Two big names, Catrina Allen and Paige Pierce sit in 8th and 11th respectively.

The women head to Knob Hill Park for a pair of rounds on Wednesday.

Jay Yeti Reading sits on top of a very deep Masters field after his two rounds at Knob Hill clocked him at at -11 for the day. Reading holds a one shot lead on the trio of Phil Arthur, Jonathan Baldwin, and Tom Carrillo. Mike Moser and Ken Climo round out the top of the leaderboard as they are tied for fifth at -9 after the two rounds.

The Masters head to Moraine for one morning round on Wednesday for an afternoon off.

Full results can be found at PDGA.com.