We’ve been waiting to write this article for a while. The idea of who is the “greatest of all time” in any sport is typically a question without a single definitive answer. Everyone has their own unique opinion and usually can chalk up their own experiences to why they settled on who they believe is the greatest in their mind.

Just a day after another win for Paul McBeth at the Steady Ed Memorial Masters Cup this weekend, the argument that we’re watching the greatest disc golfer of all time when we turn our attention to McBeth certainly holds water. Three straight world championships and a nearly flawless record during that same time period. The nickname of McBeast can certainly describe his style of play, but we could argue McBeast could change to McBest as time goes on.

Now, McBeth is certainly the best player in the world today. It’s hard to argue that if you look at just his 2015 results or the results from the last three years. McBeth is not only competing in and winning the biggest tournaments in the world, he does so in a very consistent fashion.

As impressive as McBeth’s resume is, it still isn’t as complete as some others in the sport. For example, the United States Disc Golf Championship has still eluded him. McBeth came close in 2014 in a very exciting battle with eventual winner Will Schusterick and JohnE McCray. If we judge the sport’s best by wins and losses, a USDGC win would certainly help McBeth’s case for the greatest of all time.

For disc golf, Ken Climo is likely one of, if not the, first name that comes to mind when it comes to the greatest disc golfer of all time. In our DISCussion about who should be on the Mount Rushmore of disc golf we talked about Climo’s second to none stats. With nine straight PDGA World Championships from 1990-98 and titles in 2000, 2002, 2006, his Men’s Open World Championship number sits at 12. Since moving to the Masters division, he added two more world titles in 2012 and 2014. You also can’t forget his five United State Disc Golf Championships with the first one coming in 1999. 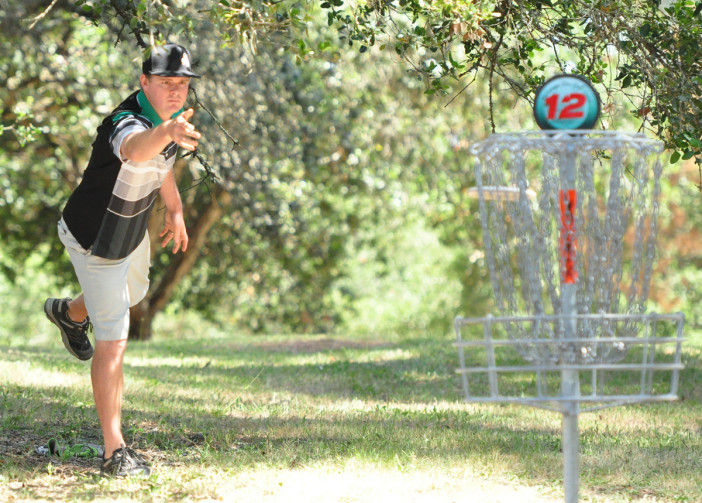 For the sake of discussion, we’re going to try and make a connection to basketball here. Ken Climo plays the role of disc golf’s Michael Jordan. Many greats before him, but with his domination for a decade, Climo rises above the rest.

Doss plays the role of Kobe Bryant, in our minds. Handful of titles, a top competitor for many years, and an impressive resume to support it.

McBeth comes in as the LeBron James of the sport. Equally as good, if not better, talent, and time on his side. McBeth has already made a dent in the trophy cases of both Climo and Doss and has even more time on his side.

We would love to build a disc golf time machine and travel back in time and bring some of today’s discs with us to see what the results would be.

The number of discs on the market in the 1990s can’t hold a candle to the options available to us today. Wide-rim high-speed drivers weren’t developed yet. The Innova Teebird and Leopard weren’t PDGA approved until 1999. With the Teebird being a Speed 7 driver, we now look at some in the Speed 13-14 range.

We’d love to see a few scenarios. We’d love to give 1990s Ken Climo a full selection of high speed discs you can find today and see what he could do with them. Could Climo with a Destroyer or Firebird be even better?

Let’s also take Paul McBeth back to 1990 in a final round against Climo at the World Championships. Just how much of a difference does the equipment make? Is it the archer or the arrow?

Who is number one?

If we offer up the question to you, it is only fair to give my opinion here too. In our minds, today, Ken Climo is still considered the greatest of all time. Climo’s days of competing in the Open division are over and the long list of accomplishments he leaves in his wake is hard to beat. He’s called the Champ for a reason.

Could McBeth become McBest? Yes, without a doubt. Three World Championships put him at a level that is shared by few others. While Climo is the greatest of all time, McBeth is the greatest right now. The World Championships are just one part of that dominance. It’s the constant winning on the National Tour and in other Major tournaments around the world that help him reach that top status. The USDGC has remained off of his trophy shelf so far. He came close in 2014, but you would have to think it is only a matter of time before he lands on the top spot in Rock Hill.

One thing is certain though. We get the privilege of watching not only McBeth continue to become and even better disc golfer and aim for that McBest title, but we also get to watch everyone else try and knock him off his game. Competition like this can only be good for the sport.