You are at:Home»Interviews»McBeth bounce back, takes Ledgestone Insurance Open 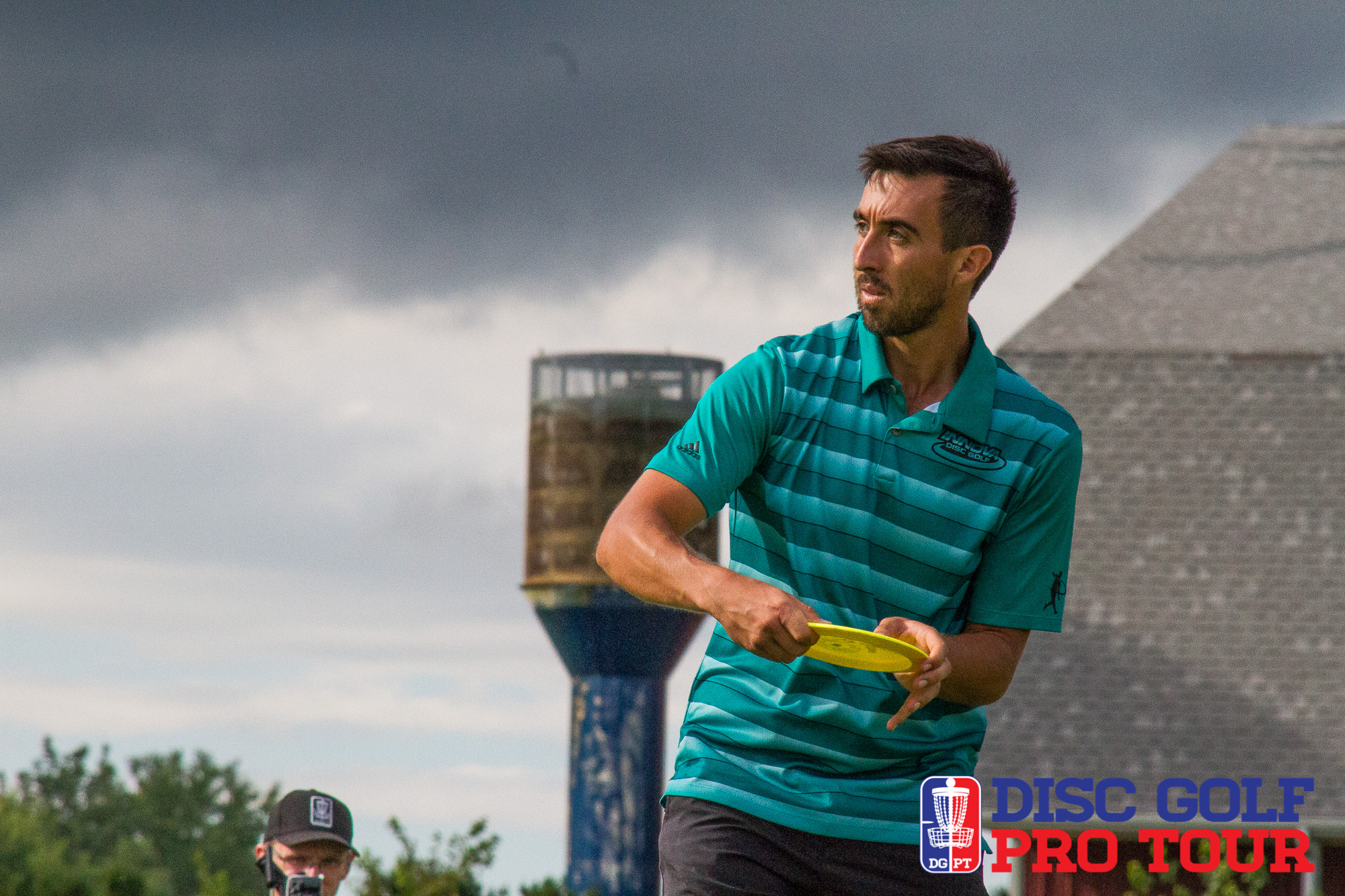 After finishing in second at the 2016 PDGA World Championships, Paul McBeth didn’t take long to get back on the winning side of things. McBeth took down the Ledgestone Insurance Open which marked the fourth stop on the Disc Golf Pro Tour. McBeth took the lead right out of the gate and never slowed down. A blistering hot final round at the challenging Lake Eurkea course propelled McBeth to a twelve shot win.

McBeth finished in second last year to Simon Lizotte who did not attend this year’s event. We talked with McBeth after claiming the win.

The Ledgestone Insurance Open evaded you last year. Is it nice to not only win, but win by the margin that you did?

“Yeah, it felt great to play well for four full days, especially right after the World Championships. It felt good to win, but Simon Lizotte isn’t here and he’s the defending champ so thats a little weird. I have a feeling, if he was here, he would have had a battle on his hands.”

Talk about the four days overall. Weather was only a factor on Saturday. How do you sum up your performance?

“I’m feeing really good. Feeling confident in all my drives. Still trying to work on the putt. I’ve been working on that the longest and have had to been patient with it. Starting to get that back to where it should be and make my inside the circle putts which is important with all the Majors we’ve had and these long events like this one. My game is feeling really good right now and I’m excited for the rest of the season.”

Worlds obviously wasn’t what you wanted. Is it nice to bounce back right away?

“It does feel good. In my mind, Worlds is just another tournament. The title of World Champion is nice to have, but I’m fighting and trying to get on top of my game again. It showed up a week later than I would have liked, but I like where I’m at looking forward to the next few events and then USDGC.”

How are you doing physically?

“I feel great. I wouldn’t say I was 100% at the Vibram Open, I physically felt 100%, but my skill level and game wasn’t there. I had to putt a lot more and drive a lot more since I was able to fully practice. It’s taken a little bit, but with a few weeks off I was able to get back physically where I wanted to be.”

After last year’s Ledgestone Insurance Open, tournament director Nate Heinold took a lot of feedback and a lot of opinions on the layout, stroke and distance rules, and more. What are your thoughts walking away this year?

“For stroke and distance… It works on some holes and doesn’t work on others. One of the par fives wasn’t a good hole for it. I think the stroke and distance thing started at USDGC and they had it on every hole and now they’ve slimmed it down to just a few holes and it works great. In this case, I think he needs to rethink some of his OBs with how he has some as a hazard or some as stroke and distance. Course looked a lot better this year than it did last year, but the OB rules need a little more work.”

What is up next?

“We’re going straight to the Brent Hambrick Memorial Open this weekend for the final NT of the year. Want to play well there. Then the Pro Tour finale and then USDGC to wrap up the World Tour.”

Thanks to McBeth for taking the moment to chat as he walked off the course. We saw many walk off the final hole and almost look relieved to be done. The final two days at the Ledgestone Insurance Open can be a grind on a difficult course. As the final holes came to a close, McBeth looked calmer than ever and nearly made that course look easy.