You are at:Home»Featured»Rapid growth continues for Latitude 64 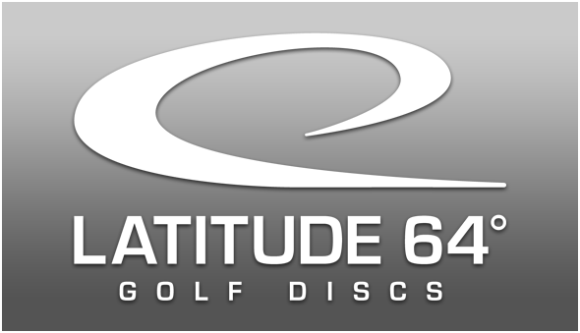 In recent years, it’s easy to say that Latitude 64 has been a familiar face in the disc golf world. In 2013, things have seemed a little different. With new discs turning heads, popular professionals joining their team, and a new partnership, Latitude 64’s disc golf foot print is growing — and they show no sign of slowing down.

While Latitude 64’s Opto and Gold Line plastics have the reputation of being some of the best on the market, many still aren’t familiar with what the Swedish company is putting out. One of the first questions people have about Latitude 64 is where the name comes from. Latitude 64 says this:

Latitude 64° is the geographical location of the residential community Bergsbyn (meaning Mountain Village), outside the coastal city of Skellefteå, near the arctic circle in the north eastern part of Sweden. This tiny suburbial community with a population of around 2000 people, have produced 6 players that between them have won 2 Junior World Championships, 4 European Championships, 2 PDGA World’s Double titles and has won the Swedish Disc Golf Tour almost every year between 1995-2005. Bergsbyn also has Swedens largest Disc Golf course – Discgolf Terminalen – featuring 36 holes of world class standard. Two PDGA Majors has been held at this site and more is likely to come.

Other cities at Latitude 64° around the world includes Fairbanks in Alaska USA, Arkhangelsk in Russia and Nuuk on Greenland.

The first four months of 2013 have certainly been busy for Latitude 64. We caught up with Sales Manager Svante Eriksson to see what the crew has been up to.

All Things Disc Golf: It seems as if Latitude 64 is growing at a very fast pace over the last year or so. Overall, what is your impression of the state of Latitude 64?

Svante Eriksson: We are in the process, again, of expanding our production facility to keep up with demand. This is not really a big deal compared to how tricky it was getting our very first machine up and running. Overall I think we are on top of things. We’ll see if I’m wrong once the summer actually arrives in the northern parts of the U.S. and Europe.

All Things Disc Golf: In late 2012, it was announced that you would be manufacturing a line of discs for Dynamic Discs. When this partnership was first being discussed, how excited were you for the chance to partner with DD?

Svante Eriksson: It was something we and DD saw as an opportunity to do something mutually beneficial. It wasn’t an easy decision on either part as it required both time and money to do it right. As things are unfolding I would say that both parties are happy that we made the decision to go forward despite some initial concerns.

All Things Disc Golf: Of course, we have to mention your other European partners, Westside Discs. What has the Westside team brought to the table for you guys?

Svante Eriksson: Westside is a great partner to have in our neighboring country of Finland. The Finnish market has been booming on level with the most intense U.S. states despite being a country where the winter reigns supreme for half the year. Feedback from them and an increased contact with that market has made us better in general at what we do, I would say.

All Things Disc Golf: Are all three companies (Lat64, DD, Westside) working together on creating new discs or does each individual company work independently?

Svante Eriksson: All three companies make decisions of their own even if we also keep the debate going on who will release what so that the discs overlap as much as possible. Team players are allowed to use discs from all brands so from that perspective we don’t need to have for instance an understable midrange in all three line ups.

All molds are however used exclusively by each brand so there are no mix and match of mold parts between brands. I bring this up because it is a question that we keep getting from the disc golf community.

All Things Disc Golf: Let’s first talk about some of the new discs you guys have put out. Lately we’ve seen the Mercy, Saint, Mace, and Fury for example. Is every release equally as exciting or do some of the recent ones stand out from the others.

Svante Eriksson: I think that is a personal thing on what disc releases gets you going. I looked forward to the Mace most of the ones you have listed as I knew it would fill a slot in my bag. I’m happy that I was right about it being all I wanted it to be. Other times discs come out that you were on the fence about but turn out to be very successful. The Diamond is one such disc that I had doubts about but has turned out to be one of our biggest sellers because it targets such a large crowd of players with its light weight, small grip and easy to use flight pattern.

All Things Disc Golf: Speaking of the Fury, it was just recently released, what can you tell us about the Fury?

Svante Eriksson: In general our line up of drivers has been on the overstable side as we have had a hard time not producing discs we want to use ourselves. The Fury will be a step towards the less overstable side and we also plan on releasing a follow up on the Diamond that is slightly wider in rim but still light weight and easy to use.

All Things Disc Golf: Another big addition this year has been new team members, highlighted by former world champion Dave Feldberg. What has it been like working with Feldberg?

Svante Eriksson: If memory serves me correctly David had just started playing when I was playing in the PDGA World’s in the mid 90s. Then I took a break from competitive disc golf to go to college so I pretty much missed his rise to the top. We have been meeting him at tournaments several times over the last years though, including when he has been in our hometown of Skellefteå to play in our PDGA Major, Scandinavian Open. This has all just happened, so I can’t say we have had the time to work to closely together yet, but we look forward to the feedback he will be able to provide and the ideas he will be bringing to the table.

All Things Disc Golf: Beyond Feldberg (and that amazing beard), you are also able to work with many other pros on the Dynamic Discs team. How has this partnership helped get your products showcased in the United States.

Svante Eriksson: I’m sure it has helped us plenty, even if it is hard to put a number on it. We were over in Emporia for DD’s Glass Blown Open earlier in April and got to meet a lot of those players for numerous discussions on discs and disc development. Just seeing that the people we have out there are great guys and gals we feel confident that more players will pick up our discs and give them a chance.

All Things Disc Golf: What’s next for Latitude 64? Of course, there is the great European Tour starting soon, right?

Svante Eriksson: It’s business as usual even if things are moving in an increasingly fast pace. We have some plans that are still to be decided so I won’t go in to that right now…

One new product that has been announced recently was the addition of glow discs to their line up. Latitude 64 shared the photo to the right on their Facebook page as a teaser. It appears their line of glow discs will be in the newly titled Moonshine plastic.

We’ll continue to stay in touch with Eriksson and the rest of the Latitude 64 crew. Expect regular updates for what disc golfers could see next from Latitude 64.