You are at:Home»Reviews»Drivers»Kastaplast Rask Review

First announced in July, and later retooled, the Kastaplast Rask is the first disc from the new company based in Sweden. Kastaplast used 3D printing to first develop the Rask and after finding the right mold have moved to typical injection molding to make the Rask.

Kastaplast has sent us a box of Rasks to review and after waiting for better testing conditions during the worst winter in 30 years, we were finally able to get out to the course to see what the Rask is capable of. 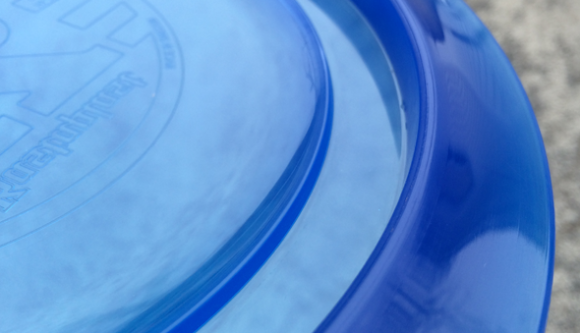 Before we talk about the flight, we need to talk about the most obvious feature of the Rask. The Rask has a small beveled edge/rim on the underside of the flight plate. The rim is far enough away from the edge of the rim to allow your fingers room to grip the disc, but if you are wanting to use a fan grip of any sort, you’re a little out of luck. With a disc that needs some power though, you likely shouldn’t use anything but a power grip on the Rask.

In our interview with Kastaplast owner Jonas Lindberg says, “That edge or lip is there to decrease drag from the inner side of the rim, making the disc more streamlined. We’re certainly not the first manufacturer trying out ways to decrease this drag, but perhaps our solution is more drastic than what have been seen on any other disc. With this type of design we’re able to make faster discs, without very wide rims. This should suit people who would like to be able to throw high-speed drivers but don’t appreciate the widest rims.”

The bottom rim was the first thing we noticed when we first used the Rask and it did take a little getting used to, but after throwing it, we really didn’t find it to be much of an issue. It is noticeable though, we can’t deny that. As with anything that is new, we gave it a chance and in the end it really didn’t turn us off. It certainly is unique.

The Rask is a fast, overstable disc that thrives on power to get down towards the basket. With our first throws we realized the Rask does not want to turn much at all. Only the strongest arms in our tests were the ones to get a little bit of turn out of it and even then, it wasn’t much at all. There is no doubt that if you’re facing a headwind the Rask won’t back down.

With one of throws, we gave it a little too much hyzer on release and the Rask held that angle the entire flight. If you turn over on it and force it into an anhyzer, don’t expect it to stay on that angle for long.

As the Rask gets up to speed, it is clear that it likes to fly fast. With a wide rim and a very low profile, this disc is a speed demon. Honestly, if you don’t have a very strong arm, the Rask just might be too much for you. Power arms will love it though. It can take just about everything you can throw at it.

With a very flat top, the Rask does not have a lot of glide. If you’re wanting distance, it will really rely on the speed and power that you can throw it at and not the glide to help it down the fairway. The lack of glide does help with its accuracy though. If you need a quick spike hyzer to get around a tree or get out of trouble, the Rask will go just about as far as you want it to without worrying it will glide away. 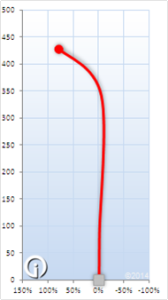 The plastic that Kastaplast uses is also very nice. It is slightly gummy with great grip and a very glossy look. It is similar to Prodigy’s 400 series plastic, but not identical. We’d love to see other discs from Kastaplast in this blend.

The flight chart from inbounds Disc Golf shows a very similar flight to what we experienced in our tests. Stronger arms will see that slight amount of turn. If you do not have a very strong arm, you will see a straighter flight without the turn.

From it’s unique rim on the bottom of the flight plate to a very nice plastic blend, the Rask is a very nice first splash by Kastaplast into the disc golf world. Their innovation and attention to detail can only be positives in the long run. We know other molds are already being developed and can’t wait to see what they come up with.