You are at:Home»Reviews»Midranges»Innova Atlas Review 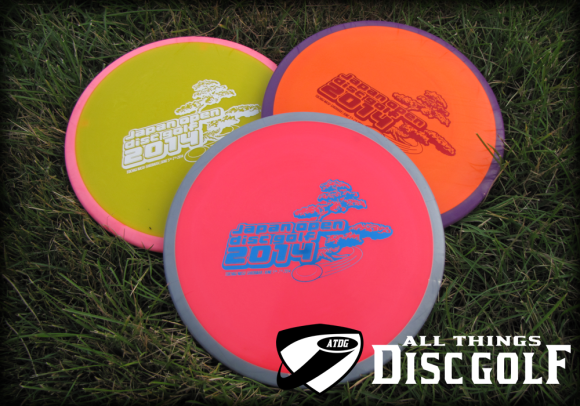 The Innova Atlas was announced just a few weeks ago and already it is making an impression in the disc golf community. Last week, we talked with Innova’s Dave Dunipace to get answers to the most popular questions. This week, we got our hands on three brand new Innova Atlases for this review. We wanted to see if it lived up to the hype and how it performed on the course. Starting with our very first throw, we knew we were in for a treat.

Innova says this about the Atlas:

The Atlas is a unique new Mid-range that combines a firm, low-profile flight plate with an ergonomic, grippy rim. The Atlas has a straight flight with minimal fade combining accuracy, control and throwability. The Atlas performs well for both backhand and forehand throwers forgiving small throwing errors better than any other Mid-Range.

The Atlas does fit very comfortable in the hand. You’ll instantly feel a firmer Star plastic on the flight plate and a softer, grippier Star plastic on the wing. The softer rim does make the Atlas fairly flexible, yet it isn’t a “floppy” feeling. The other thing you might notice are the four injection points on the underside of the rim. There were a few times when we’d start to get a grip on the Atlas and would catch one of the points. Certainly not the most comfortable feeling, but you just adjust the disc in your hand and you are set. Not a big problem at all. All three also had a board flat top.

When we first threw the Atlas, we were surprised by the speed. It seemed a little faster than some other Speed 5 discs and other midranges. It wasn’t in the fairway driver level, but it does pack a nice punch. We were getting slightly longer distances with the Atlas when compared to other midrange discs.

The Atlas does have a decent amount of glide to it, yet not to the point where you feel you lose control of it. In our minds, you don’t want a midrange to glide out too far on you. If you needed the added distance, grab a fairway driver. The Atlas seemed very controllable in regards to glide.

The Atlas was also very controllable when it comes to the line you want to put it on. The Atlas is stable at high speeds — and we mean STABLE. During our tests, we were sometimes faced with a 15-20 mph headwind. With a slight hyzer release, the Atlas held up in it and would not flip over. When the wind was at its max, there would be a little more turn, but it would finish very straight. With a tailwind, or no wind for that matter, the Atlas would fly on a lazer straight line until the very end of the flight.

If you want to have the Atlas fly on a sweeping hyzer, it will. If you need it to hold a big anhyzer line, it will. The Atlas is a very versatile disc.

Another thing we wanted to test was any possible gyro effect. When people saw the overmold, most made the connection to MVP Disc Sports who also uses the overmold style disc. MVP advertises a gyroscopic effect with their discs. After a long testing session, the Atlas doesn’t have any added gyroscopic effect. We were able to compare it to an MVP Axis and they are clearly two different discs. We feel confident enough to rule out any added gyro effect to the Atlas.

We also wanted to see just how durable the plastic was. With the combination of firm Star and softer Star plastics, the disc showed very little wear after our tests which included many throws into the basket. We actually stood five feet away from a 20 year old tree and gave it a very strong throw right into the trunk. The disc was perfect. We’re anxious to see how the disc wears in and if some of the high speed stability wears off over time. 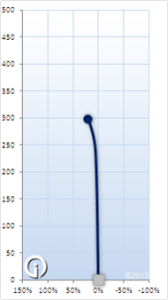 As an approach disc, the Atlas was strongest from beyond 150 feet away from the basket. This allowed us to put a little more on the disc and saw a very straight flight. If we took a little bit of power off of the disc at shorter distances, the Atlas would fade out at the end of the flight. Certainly not a bad thing. You just have to adjust your line a little bit.

Innova isn’t the first to try an overmold on a disc golf disc and we think it is safe to say, they won’t be the last. Our next question is, “When does the putter come out?”

Have you thrown the Atlas? What do you think?