You are at:Home»Videos»Ilari Tuoma aces hole two at 2015 European Open

It’s the 3rd tournament day at Disc Golf European Open and we have another ace on tape!

Finnish Ilari Tuoma had to settle for a par on the 1st hole of his “moving day” round, but on the 2nd tee his sidearm was on point to say at least. Ilari’s disc kept its line nicely all the way to the green and skipped in the middle of the chains approximately from 5 meters from the pin. The 2nd hole of the European Open course, nicknamed “The Beast” is 116m/381ft long with OB hazard lurking on both sides of the fairway.

The disc used for this ace was a 175 Innova Star Destroyer. Our sources say that this was Ilari’s 2nd ace within the last week, which just goes to show that when you’re on, you’re on

Since the video doesn’t really show the shape of the hole, see the hole graphic below: 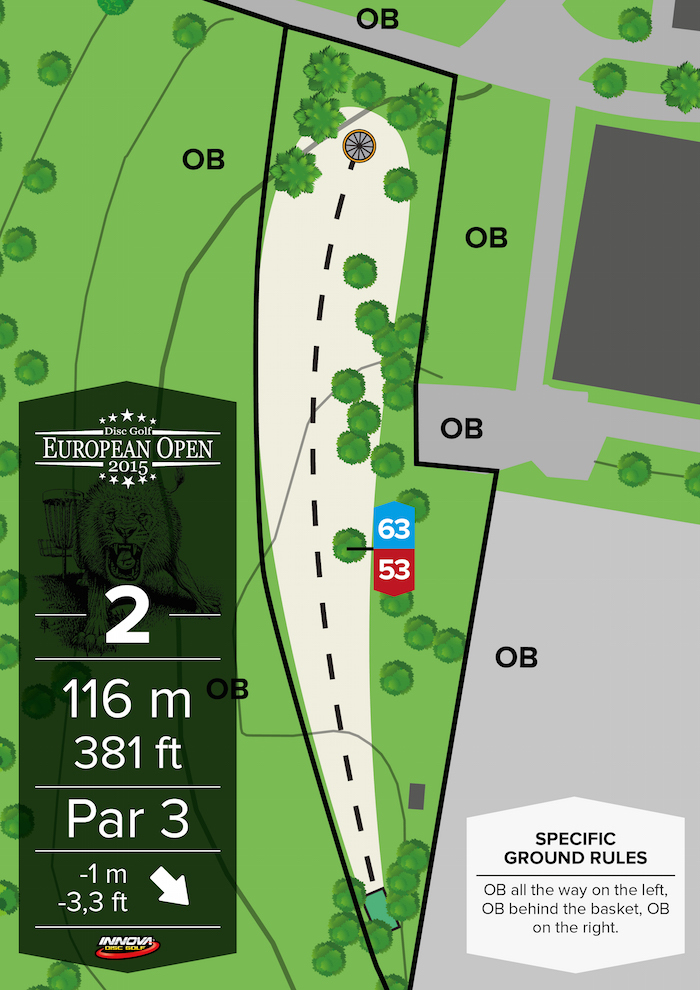 Made possible by Innova Champion Discs

Editors note: Published in partnership with the European Open.