Now that the bar has been set, the pressure is on to have another successful year. All this week the PDGA and St. Jude Children’s Research Hospital have been running a team challenge. It is easy to signup online to become a team captain to start fundraising.

Once you get started there are a number of incentives for individuals who lead these teams: 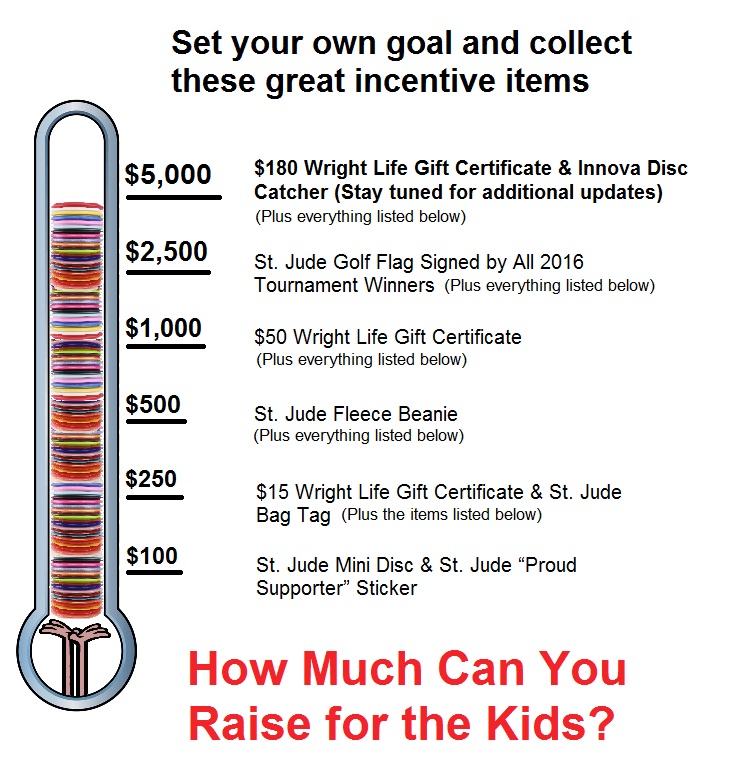 To wrap up the week, the PDGA and St. Jude have two more specific incentives based on fundraising performances this week:

THURSDAY, APRIL 28: NO ONE LEFT BEHIND!
Team Captains who at midnight April 28 have no members with $0 (zero!) funds raised, (minimum 5 team members) will be entered in a drawing to win a St. Jude Golf Flag signed by all of the 2016 St. Jude Disc Golf Charity Invitational winners.

FRIDAY, APRIL 29: RAISE THE ROOF!
The Team that raises the most money during this 5-day program will win a custom set of DG Magnetics for 18 baskets, courtesy of DG Magnetics ($365 value) plus a full set of 6 St. Jude Unity Discs signed by all the 2016 winners. (Courtesy of DGA, Gateway, Innova, Legacy, Prodigy, and Vibram)

Finally, if you still have a chance to pick up the entire set of St. Jude Fundraising Discs from the PDGA. The PDGA states DGA, Gateway Disc Sports, Innova Disc Golf, Legacy Discs, Prodigy Disc, and Vibram Disc Golf have all teamed up to produce rare runs on premium plastics available online for $20 each. You can also get a full set for $120. 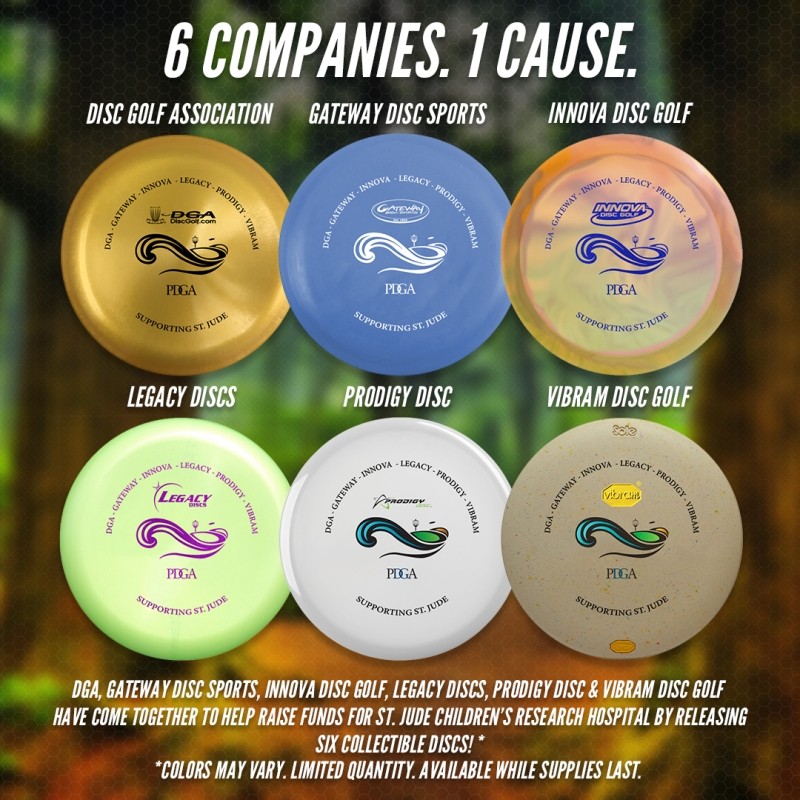 Every little bit counts when it comes to helping the kids of St. Jude. Disc golfers really raised the bar in the first year of this event and showing another strong effort for year-two is a great way to show the power of the disc golf community. Donate today!