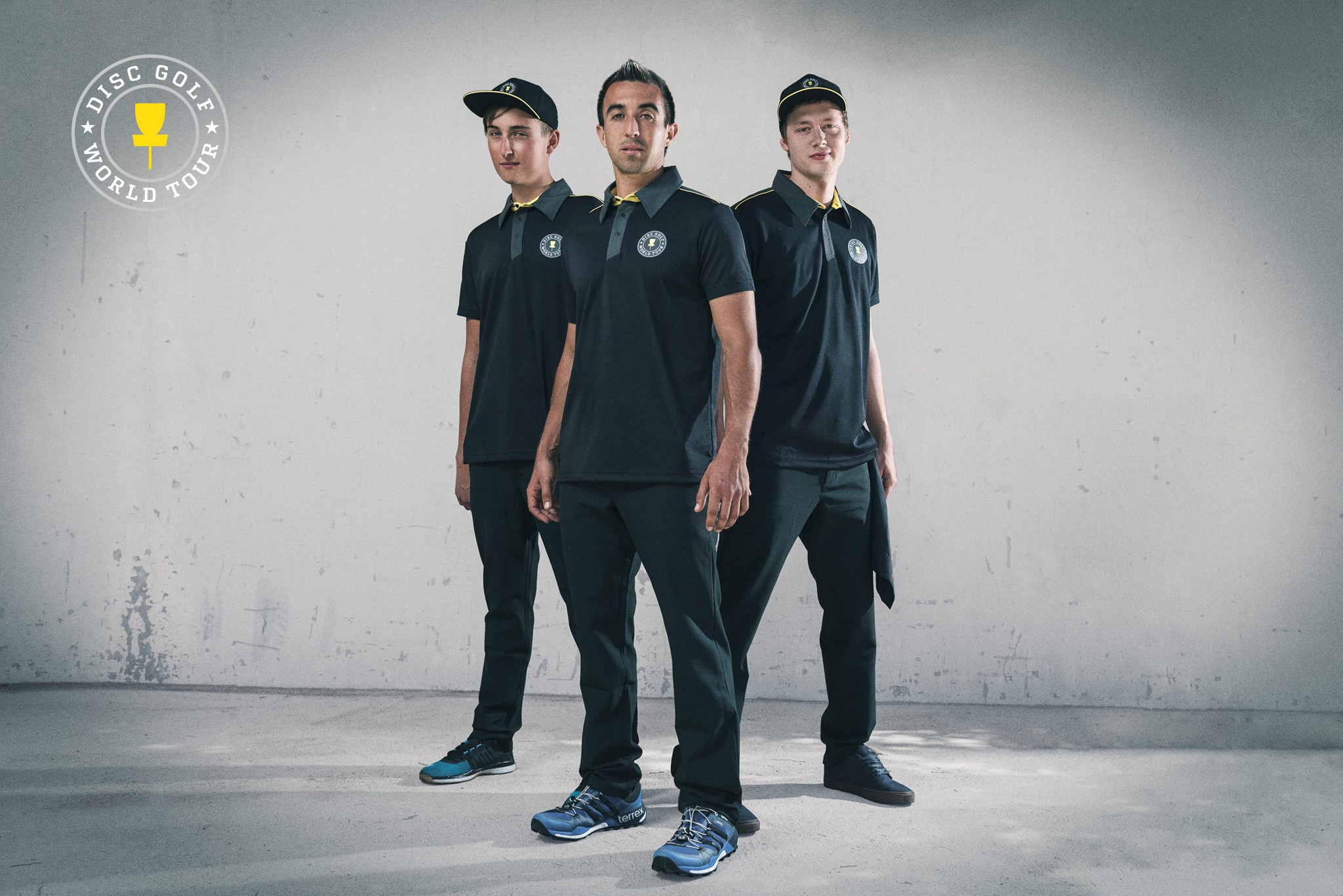 Polos, tees, a hoodie, and hats are all available to purchase from both the Discmania Store and the DUDE Clothing store. Most options are available in some sort of combination of a classic black or white with a hint of the DGWT gold thrown in there. 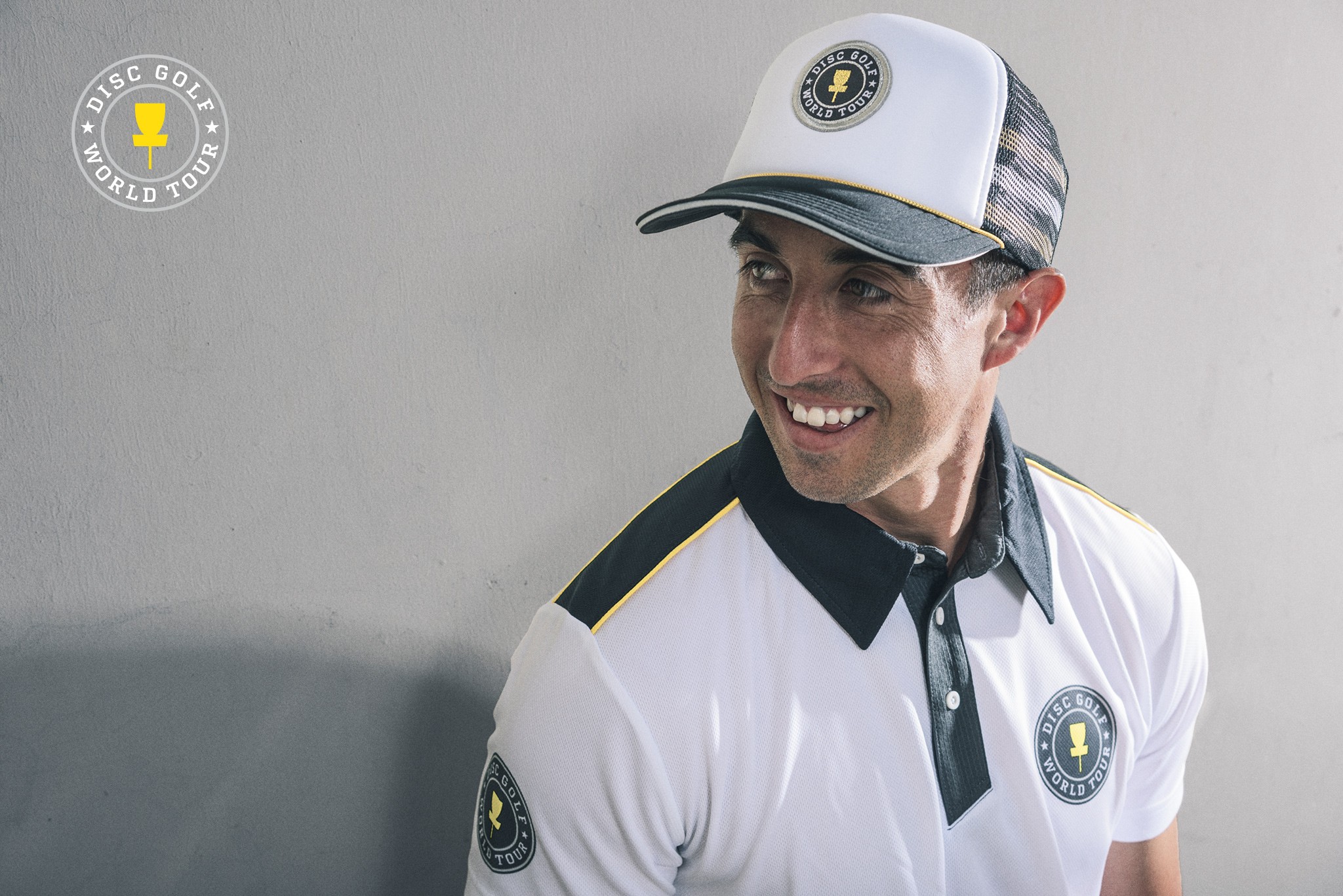 DUDE Clothing’s Chris Finn sent us a selection of their normal apparel and we’ve been blown away by what Finn and his team has designed. Everything is designed with disc golf in mind. These aren’t just your normal polos, shirts, and hoodies. These are polos, shirts, and hoodies for disc golfers. We’ve worn the hoodie and jacket from their normal line of clothes for a while now and they are easily one of our go-tos in our closet for both on and off the course.

We quickly caught up with Finn to talk about the new line of Disc Golf World Tour apparel.

You’ve known Jussi for a while now. When you heard of the DGWT, did you instantly know you wanted DUDE to be involved?
“Absolute, mate! Jussi and I talked breifly about a world tour a few years ago. The reason why I started DUDE was to bring a professional look to the sport and to be involved with events like the Disc Golf World Tour.”
When Jussi and his team approached you about producing the official apparel for the DGWT did you take this as an opportunity to try anything new or different?
“We didn’t want to just pump graphics onto a t-shirt. We took the time to design something specifically for the World tour. Our designers took a lot of inspiration from the logos and the overall theme of the World Tour. It all needed to match everything in order to work.”
Talk a little about the DGWT apparel, what will fans see at the events and through the online stores?
“We wanted the first range to be professional and sharp. That is right in line with how Jussi operates and how the DGWT is shaping up: Professional events with professional clothing. We looked at some other world championship events and needed something that reached that level.”
We’ve talked before about the ‘looking professional’ element to disc golf. What can DUDE bring to the DGWT to help push this idea?
“Everything we’re doing with DUDE is focused on form and function of designs on everything we put out. We need to look sharp, well dressed, but we also have a fun side. We bring the experience to the table. The DUDE team has over 30 years of designing clothing and it shows.”
“For 2016 DUDE is focused on supporting the major events around the world including the World Tour. We’re starting to focus on supporting some of the pros who are the best in the business or who are really hard working and doing their best. This is just the start.” 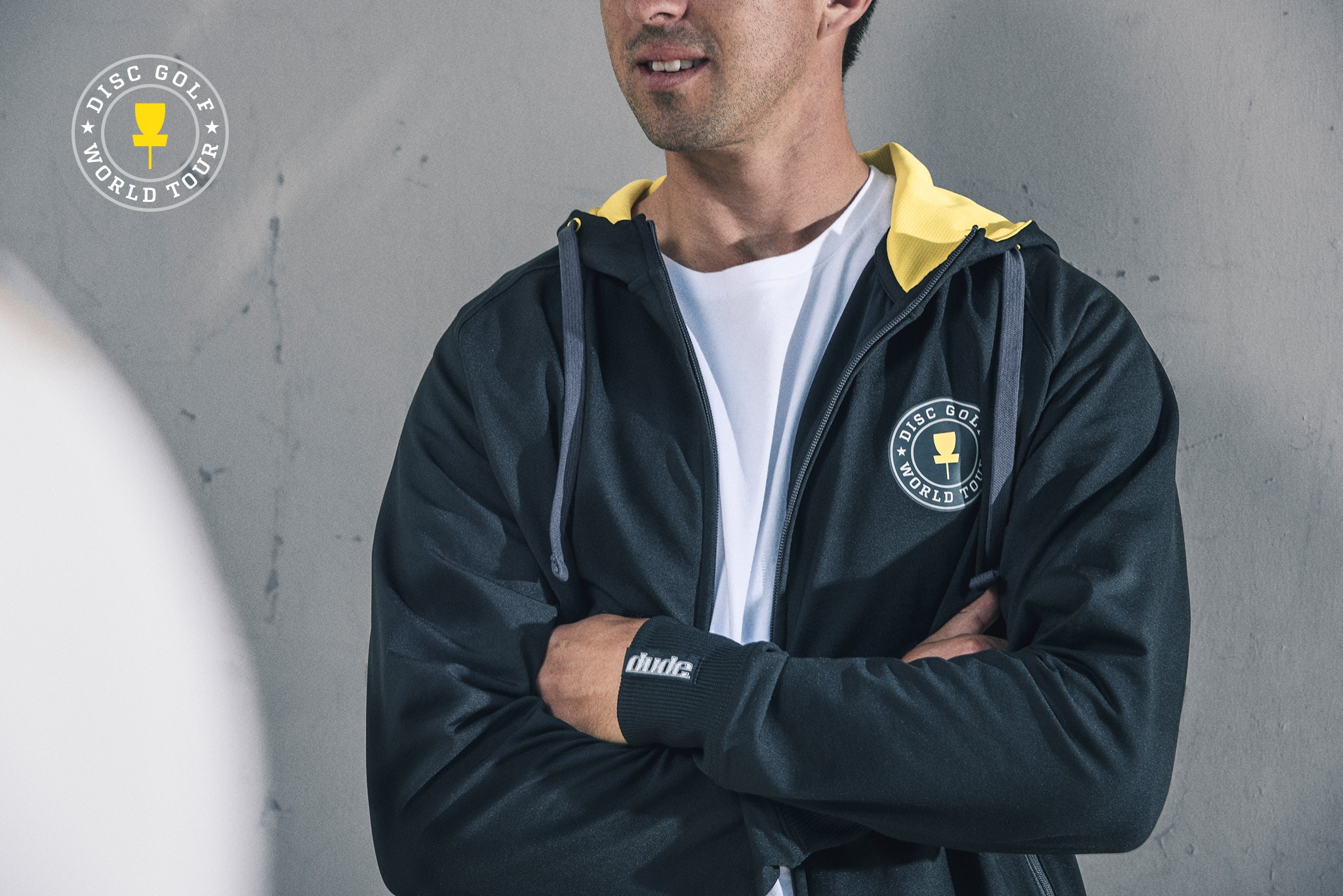 Apparel options are currently available from both the Discmania Store and the DUDE Clothing store and will be available on-site at next week’s La Mirada Open.