You are at:Home»Interviews»Doss: ‘This will be a fun weekend’ 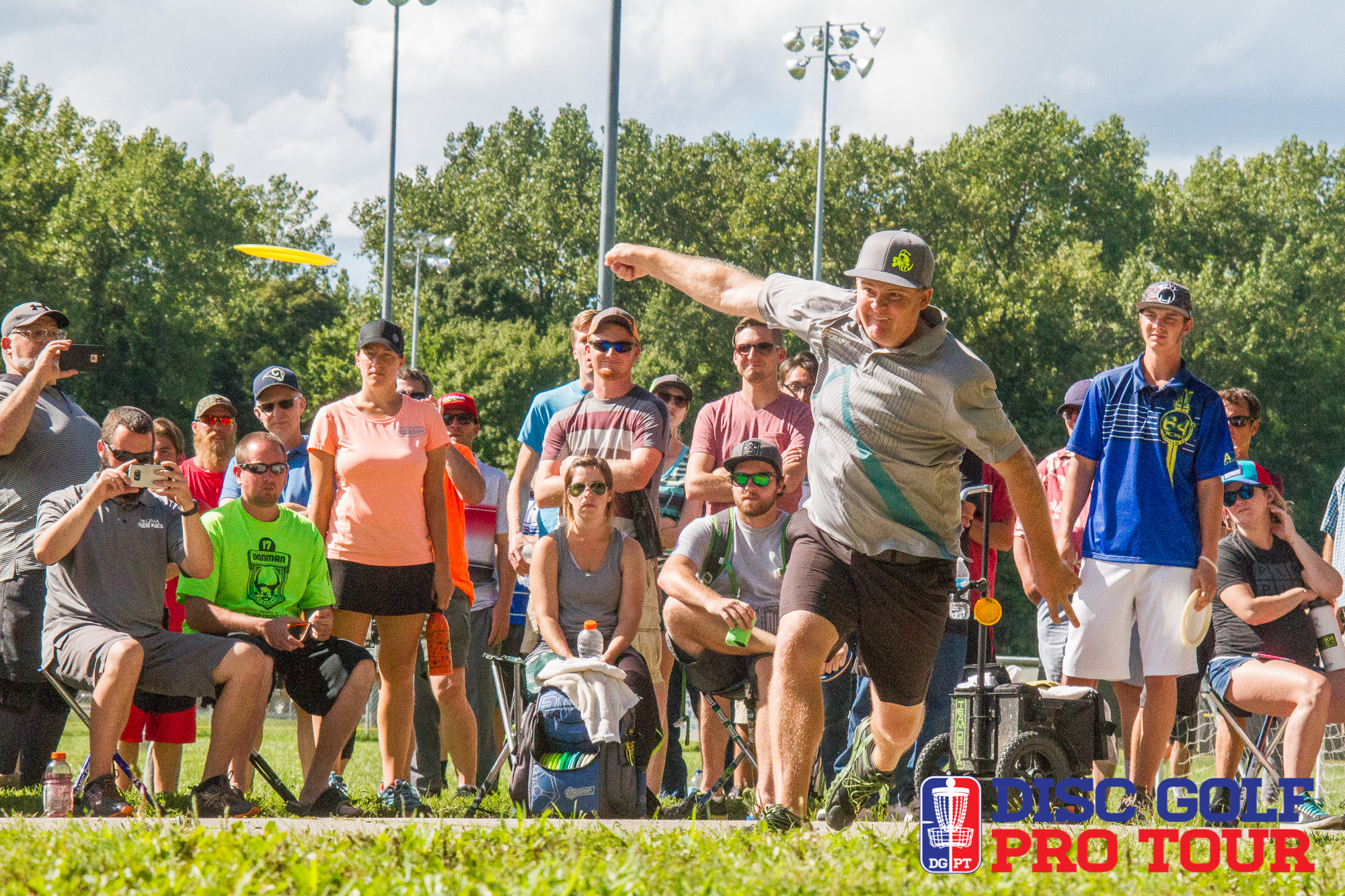 Consistency on the Disc Golf Pro Tour is designed to have a payoff in the end. Leading into this weekend’s Green Mountain Championship, Nate Doss sits in third place in the DGPT standings. Anyone in the top eight automatically qualify for the Tour Championship Semifinals and avoid an extra qualifying round.

Obviously winning the Tour Championship is an enticing goal at the end of the weekend. For Doss though, he isn’t looking ahead. Along with some craft beer fun with Fiddlehead Brewing, Doss has his main focus first on the GMC. One step at a time is the plan for Doss as he competes at one of his favorite events of the year.

It’s been a few weeks since we’ve talked and you’ve had some time off… what has been going on?

“Since the last time we talked after the Ledgestone Insurance Open, we’ve been busy and still found time away from the course. Right after Ledgestone, we came up to Vermont, brewed a beer with Fiddlehead Brewing which has become a bit of a tradition. Can’t wait to release that this weekend.”

“Then flew back to Ohio and for Val (his wife) and I, that was the end of a long stretch of events. Minds and bodies gave up a bit so we spent the last few weeks at home in Ohio with Val’s parents. It was nice having some time off and put the discs away for a bit.”

“Then we had a wedding last weekend and found ourselves back in Vermont. We both had some time to recharge and get ready for the end of the season.”

The Green Mountain Championship was where you released one of your first beer projects… fun being back?

“There are a few weekends throughout the year I really look forward to and this is one of them. If you never been to Vermont this is one of the most beautiful states in the US. This tournament is at the epicenter of the beauty. We’re lucky to be here.”

“Jeff Spring and the whole Smuggs’ crew treat us like family. It isn’t a typical weekend too. It’s exciting. Both of the courses are great and look forward to playing really well and to help promote the event through craft beer.”

It looks like you’ve locked in a spot in the semifinals of the Tour Championship. Do you approach the GMC any differently?

“For me, I really try and keep my eye off of the Tour Championship. I want to focus on each weekend for what it is. I was just telling someone else my main focus is the GMC. I want to try and win this tournament and I’ve come really close. Ricky Wysocki has won the last two years I’ve taken second each time.”

“Once that is all said and done, I’ll then focus on the Tour Championship. Those will be tough rounds against the best players in the world. I’m looking forward to all of it.”

“As I mentioned earlier, at the Brent Hambrick Memorial Open, I wasn’t stellar. Maybe that was a good thing. I’ve had a great year and while that performance hurt, it showed me I need to keep working hard. Good play is right around the corner.”

Do you think this weekend is too much golf in a short period of time or does it feel about right?

“I think as a spectator, I think they are fortunate. Let’s take the Ryder Cup for example. A lot of matches, story lines, etc… going on. I love that. So much to take in and it makes it exciting.”

“For the fans who aren’t able to be here, they can follow everything from home. That is such a plus.”

“I try and prepare myself for what is coming next. I have to stay focused and play every hole for what it is. I feel I can go out and play great, even have a few bad holes, but I’ll stick with it until it is all done. Once it is over, I can decompress and reflect on the end of the Pro Tour. First though it is staying in the moment.”

What is your prediction for the weekend?

“I think the four days here in Vermont will be some of the best we’ve seen on the Pro Tour this year. That isn’t to knock any other tournament and their TDs, staffs, and everything. This place is special.”

“On the course, there will be a lot of players who bring their A-Game. The courses are difficult in their own right. One wooded. One open. This will force the best players to raise their game and go for it. Historically, Ricky Wysocki has played phenomenally at Smugglers’ Notch. Other top players we haven’t seen here before. A lot of unknowns. Can’t wait.”

“My boldest prediction: people will have a great time and a story to tell. This will be fun.”

Just like we talked to Paul Ulibarri this week, you can almost hear the extra buzz about this event coming from Doss. If the Disc Golf Pro Tour wanted a final event with some added excitement, we think they found it.

Check back next week as talk to Doss after all the action is complete on the DGPT!