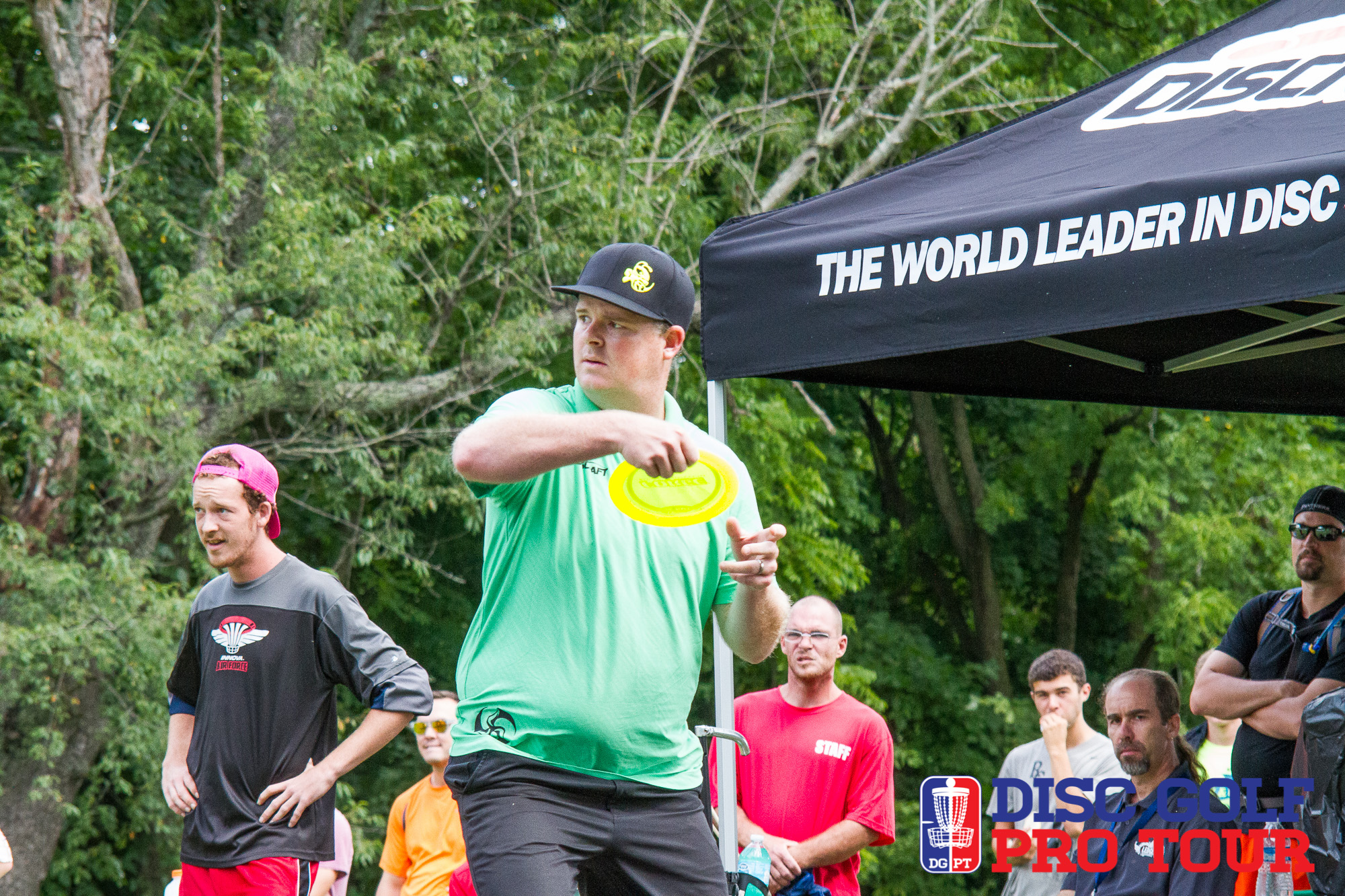 As Nate Doss walked off the course at Lake Eureka to finish the final round of the 2016 Ledgestone Insurance Open on the Disc Golf Pro Tour, he had a smile on his face, but also look exhausted. The previous three hours took him through a fight on a tough course that saw many birdies, but also its fair share of bogeys.

The strong performance put Doss in fourth place at the DGPT’s fourth event of the year. He was in the mix for second and within a few shots of the lead at one point, but couldn’t maintain the momentum in the final round.

We talked with Doss as he finished the tournament.

Another strong finish at the Ledgestone Insurance Open and on the Pro Tour… thoughts on the weekend?

“I had opportunities to do better, but I’m proud of the performance. Four day tournament on two difficult courses. It was a battle. Up and down for a while and a good nickname for the Lake Eureka course is the Snake Pit. You can get through without getting bit, but if you get caught it sticks with you for a couple holes.”

“That happened to me right in the middle of the course. I took fives on Holes 9, 10, and 11. That turned my round from a really good one to one where I had to battle it out. I stuck with it and finished strong and proud of where I ended up.”

What does that do to your mental game when you do get bit like that? You had a good round in round three on this same course, started strong in the final round, but then ran into the trouble while you were sitting in second place. Does anything change at that point?

“Yesterday’s round was difficult with some tough conditions. It was a little wet after some rain earlier in the day, but was windier than it was today. Mental game was strong coming into this course since I knew I can’t let the little things get to me. The one thing that bothered me was an upshot on Hole 16. I should have thrown a side arm, but threw a backhand. Not sure why I did that. That bothered me more than anything else. On a place like this, anywhere for that matter, but especially here, you have to have that strong mental game and I’m happy to finish strong. With five holes to go I had a chance to finish in second. Just didn’t do what I needed to do.”

Another Pro Tour event with a solid finish. You’ve been one of the most consistent on the Pro Tour, but even this year as a whole you’ve been very consistent. Are you playing some of the best golf you’ve ever played?

“It’s hard to say. I’ve had seasons where everything was really easy, but over the last five years, this is some of the best golf I’ve played. A lot of it has to do with my putting. This week I’ve putted really well from close range. I didn’t throw away any easy strokes. It’s been a solid season. I’m still hungry and driven for that win against the best in the world wherever that might be. I want to continue to build on it leading into the Brent Hambrick Memorial Open this coming weekend and then the big tournaments to finish the year with Smuggler’s Notch and the Pro Tour finals and later at USDGC. It seems like the season is coming to an end, but this is when the veterans step up and take their game to another level.”

We could tell Doss is still hungry for that win. He’s been in the mix in every DGPT event so far, but hasn’t had that extra gear to take it over the edge.

We’ll continue to follow Doss and catch up with him just before the final DGPT event in a few weeks.