You are at:Home»Interviews»Doss returns to Minnesota Majestic for first time in six years 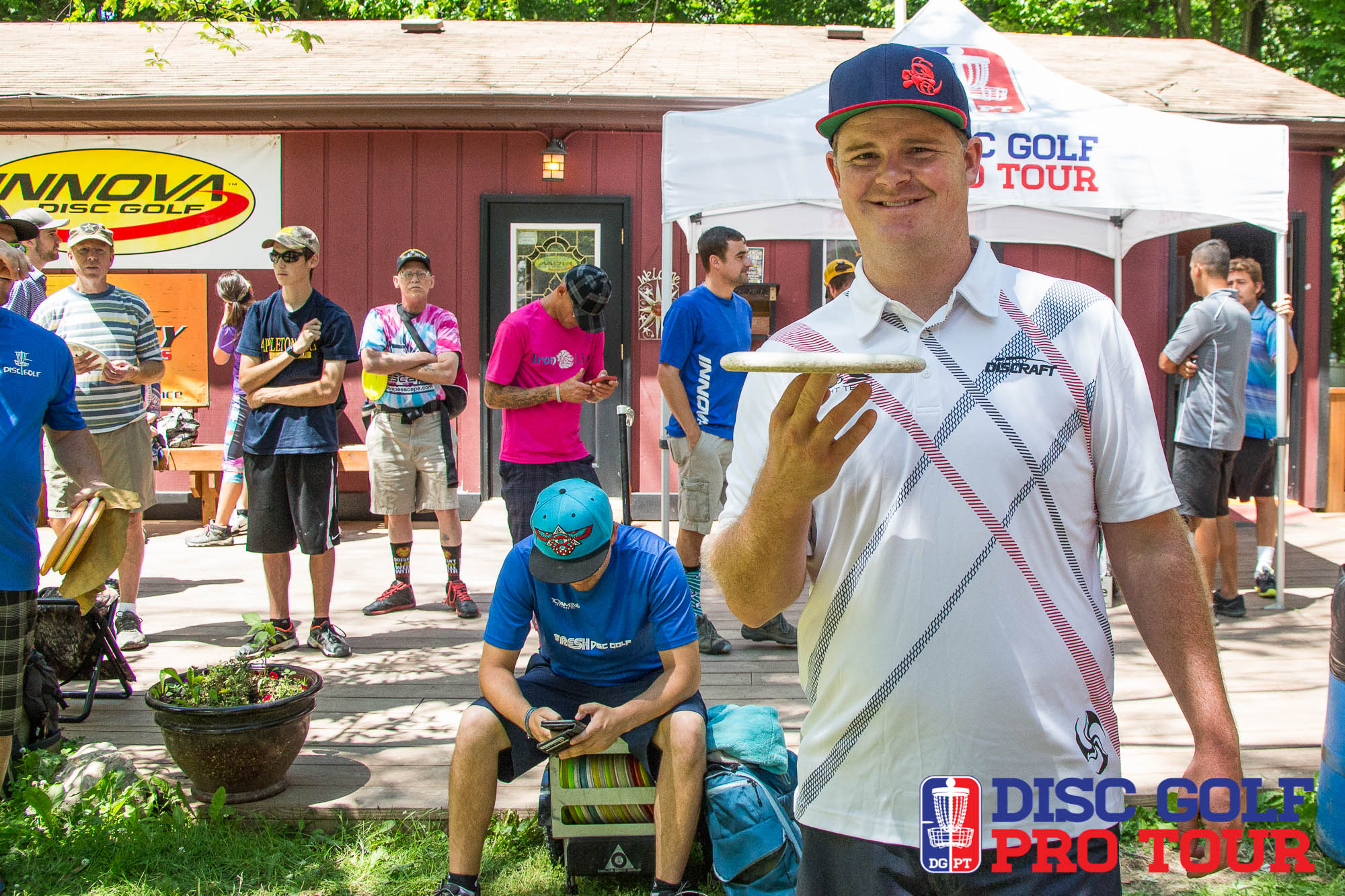 Nate Doss has found himself in contention at every Disc Golf Pro Tour event so far. While a win has still eluded him, confidence continues to grow. His game plan hasn’t changed and he’s looking to put it all together this weekend at the Minnesota Majestic.

Doss isn’t a stranger to the great disc golf that can be found in Minneosta, but its been six years since he has competed at the Majestic.

After his final warm up day we caught up with Doss before everything gets underway.

You were also in that group of pros who were in Europe for a few weeks. Are you feeling any jet lag?

“Jet lag hasn’t been an issue. Luckily, it wasn’t an issue traveling in either direction actually. I got back to the states midday on Sunday, the day after the Tournament in Sweden. Had a nice dinner with family and got on the road to Minnesota on Monday.”

“Maybe since I’ve been staying busy, but I’m feeling wide awake and ready to go this weekend.”

The Minnesota Majestic has built up quite the reputation in recent years. You’ve been here before, but it’s been a while. What are your thoughts on the event?

“I’ve been traveling to Minnesota since 2001. We previously were playing some other courses beyond Blue Ribbon Pines and as time has gone on I’ve played the Majestic where I was flying from California just for this event. They have a great core group of promoters, local players and people committed to making this a great event.”

“I feel great to be back. It’s been six years since I’ve been here and Cale Leiviska and his team along with the Disc Golf Pro Tour team have brought it back to this top level.”

Blue Ribbon Pines is another course that many talk about around the country — thoughts and plan on attacking?

“Ray who runs the place is a phenomenal guy and has done a great job in preparing the course for tournament play. I spoke with him recently and he still had a few things on his list, but with weather and a few other things he wasn’t abel to get to it. Even with that said, this place looks great.”

“We’ll face a couple high level professional holes. A couple must-get-holes as well, but a lot of danger around any corner. Could be OB, hidden OB, or not being accurate off the tee can really cost you two if not three strokes depending on how you recover.”

“My plan to attack the course is how the Pro Tour has been all the way through so far for me. Going back to Maple Hill or Rolling Ridge, it takes confidence off the tee and accuracy. I want to start there. If I can make a few extra putts and make a  few long ones I can be there toward the end.”

With so many traveling back form Europe, do you think that levels the playing field at all or does it even play a factor?

“With experience in traveling and returning home… I don’t think it will be a factor. If you were playing great before the trip, you still are. If people stayed, they are ready to go the same way.”

“I really think it is great that many have come back to play in this high level event while working toward having a great World Championship down the road. This is a unique time of the year when your so close to Worlds. Can’t wait for it.”

Goals for the weekend?

“As we always say, besides the win, my biggest goal is to continue to tighten my game up. As I said, we’re 10 days out from Worlds on two courses that are nothing like Blue Ribbon Pines. With that being said, this is a chance to gain confidence and hit those shots. If you don’t, you have time to move on and move forward.”

“This has been a good year so far and I’ve always said I want to be peaking at the right moment, right around worlds. If I keep working at I’ll be where I want to be in the end.”

Thanks to Doss for another great conversation. He seemed geared up and ready to go for the third stop on the Disc Golf Pro Tour. We’ll follow up with Doss before he makes the trip to Kansas for the World Championships.