You are at:Home»Interviews»Doss feeling proud after Vibram Open 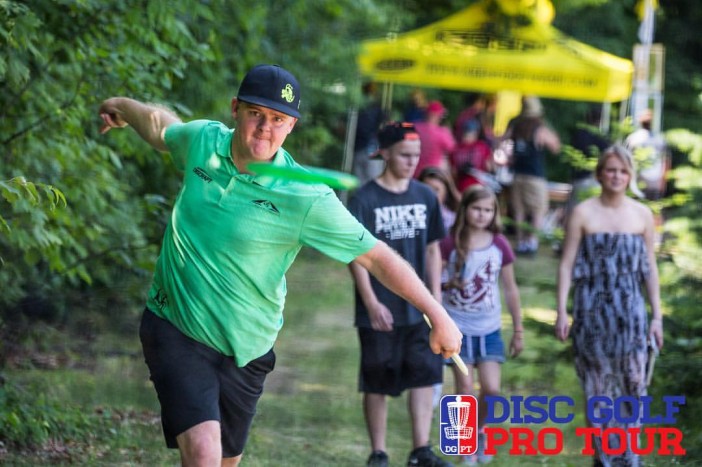 After jumping out to a tie for the lead after the first round of the 2016 Vibram Open, Nate Doss wrestled with a tough putting game to end the first Disc Golf Pro Tour event in a tie for 8th place. Round two proved to be the most difficult for Doss, but he saw improvements as time went on.

We caught up with Doss as he was already on the road following the tournament.

Got off to a nice start. Struggle a bit in round two… how do you feel with the tie for 8th?

“Honestly, I’m proud of my performance. To start off the first round and be tied for the lead was a great start for sure. The second round was the worst round of the tournament. I didn’t putt very well. Missed a lot inside the circle that I should have made and I did make in other rounds. No excuse for that. Conditions were fantastic all tournament. Disappointed on that but pretty pleased looking forward.”

What changed heading into the weekend after that first round?

“I’m not sure what was different. I felt great. Same warm up. Same routine. Everything was the same. For whatever reason that day, I just had a lot of putts bounce off the chains. The Mach X is a unique basket to putt into. Have to hit the center and really throw it in there. Three putts could have stayed in. Another three or four I missed weren’t in the center and not strong enough. Can’t put a true reason on it.”

This was your first time in a tournament in a few weeks. Was there any rust early on or fatigue as the weekend continued?

“Not at all. It was quite nice to have a few weeks off. Would have loved have played a tournament like the Beaver State Fling, but we had a few personal things to do and it was refreshing. We came into the week prepped and ready to go. We were at Maple Hill for a week and played every day with full practice rounds before the tournament rounds. By the time I got to Sunday I was on full throttle. In fact, while my score wasn’t as good on Sunday that was my best round overall. Just a few mishaps with OB or a tough bounce.”

“We’ll take this week off. Quite a bit of travel as we head back to Wisconsin. We’re excited about the holiday weekend coming up with the 4th of July. Over the past few years we’ve been working on the 4th with tournaments or travel to Europe. It will be nice to have it off. Early next week we’ll head to Wisconsin for the Silver Cup.”

Thanks to Doss for the time while on the road. We’ll hear from him again prior to the Silver Cup in Wisconsin which marks the second DGPT event.