You are at:Home»Tournaments»2015 European Open Round Two: Allen shoots lights out, Nybo makes a move

The 2nd day action at Nokia has concluded. Today we saw some very strong scores in both FPO and MPO cards as well as fluctuating weather on “the Beast”. The wind stayed down again on day two but we saw a couple of rain showers throughout the day that forced the players to keep their concentration at maximum on the 2nd round of the tournament. Luckily the thunderstorms traveling over the greater Tampere area never found their way to Nokia and for the most part the weather was sunny or partly cloudy with temperatures around 17-19°C (62-66°F). 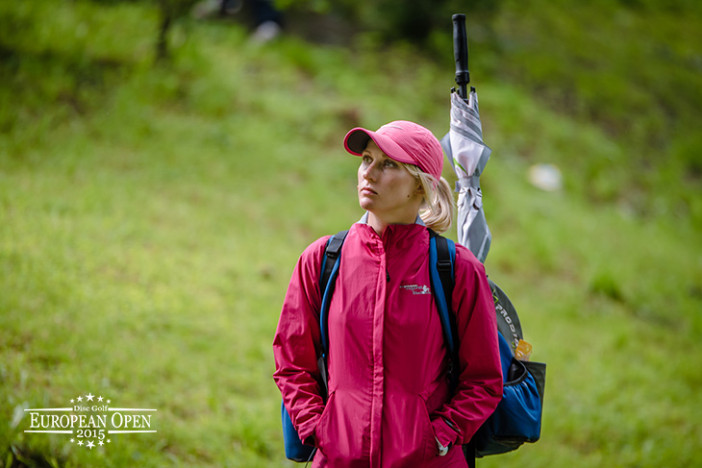 There’s no question who is the name of the day in the ladies division: USA’s Catrina Allen started her round with 6 consecutive pars before she kicked her engine to birdie mode, shooting an absolutely mind-boggling 5 birdies on holes 7 thru 13. That’s a score even the very best players in MPO can be very jealous of. To put it in perspective, even the 3-time World Champion Paul McBeth has not been able to birdie the extremely tricky Par 4 13 and 14 on either round of the tournament. In the meanwhile Catrina was able to take 3’s on both today. PDGA’s International Director Brian Hoeniger called Catrina’s 1036-rated round the best 18 holes of championship level disc golf by a female player in the history of the sport.

Behind Catrina the top American players still dominate the top, with Sarah Hokom, Valarie Jenkins and defending European Open Champion Paige Pierce rounding up the FPO lead group for the 3rd round. The best European player in FPO division today was Finnish Henna Blomroos, who shot 73 (+9) to take the first spot in the chase card for tomorrow.

McBeth keeps his lead, KJ Nybo shoots the hot round 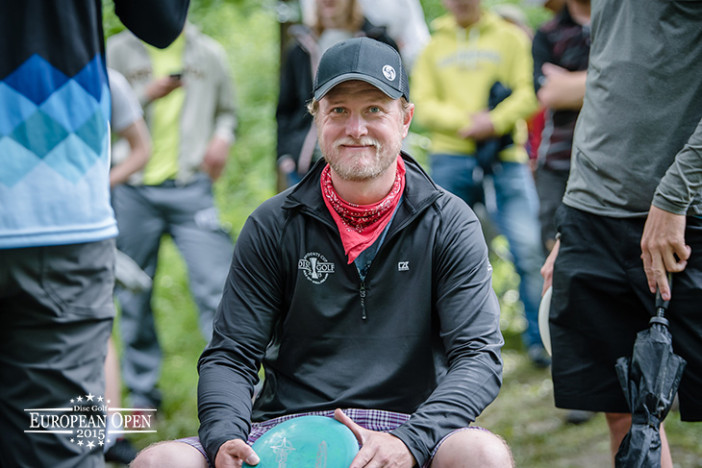 KJ Nybo will be tackling the Beast in front of the lead group gallery on Saturday. (Photo: © European Open 2015, Spin18 Ltd)

Day 2 showed a tiny glimpse of vulnerability in the otherwise stellar performance by Paul McBeth in the form of his first bogey of the tournament on hole 4. Despite the small set back Paul was still able to shoot -10 for the day, putting him in the lead by 4. The hot round of the day was shot by Denmark’s KJ Nybo, who’s 52 (-12) ties with the official course record set by Paul McBeth on round 1. Like Paul yesterday, KJ also almost hit an ace today on the 120m hole 11. KJ’s tee shot hit the top of the basket and bounced off to 14 meters, almost all the way to OB long. Sinking the birdie putt proved no problem to KJ however and his great groove kept going throughout the round securing him the 2nd place in the race with a total of 18 under par. 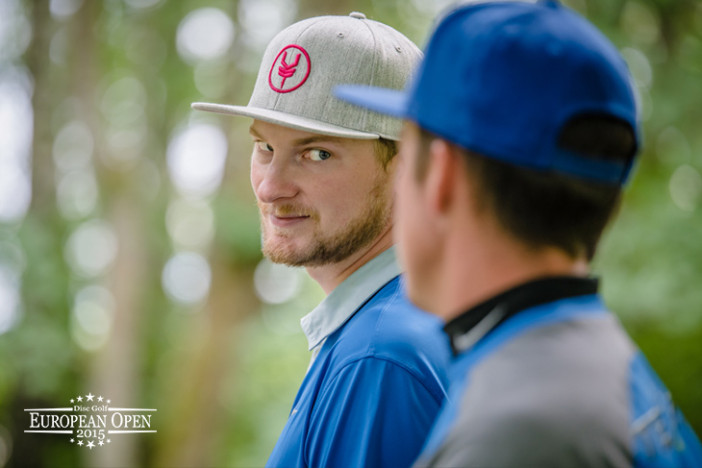 Behind McBeth and Nybo, USA’s Jeremy Koling was also feeling it today. Like KJ, “Big Jerm” was also one of the very few people who were able to keep their scorecard bogey-free on round 2. With 10 birdies on the Beast for Koling today, the tournament advanced mathematics department confirms a 54 (-10) as the round score for Big Jerm. This puts Koling on the 3rd place in the race with a total of -15 for the first 36 holes of the event. Completing the MPO Lead group for tomorrow will be Finnish Arttu Sikanen who’s 56 (-8) places him on the tied 3rd place with Koling. USA’s Will Schusterick also has the same total score as Koling and Sikanen, but will be forced to play in the chase card on the 3rd round due to better round scores from R2 by Koling & Sikanen. 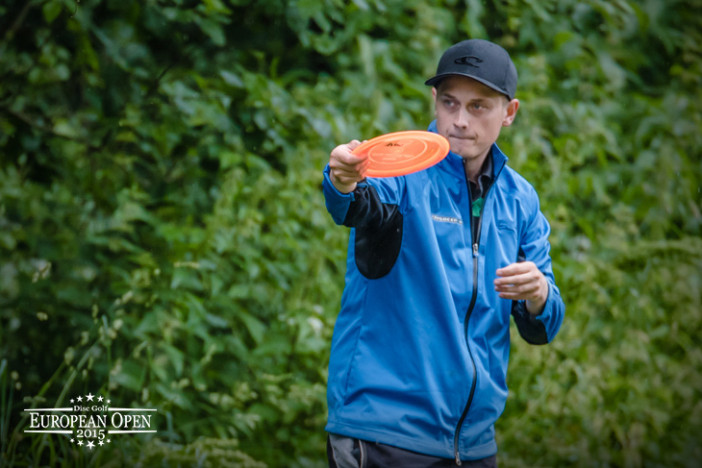 For today’s episode our host Jamie Thomas will be joined by co-host Simon Lizotte and the special guest of the program is the 9-time Danish Champion KJ Nybo. Insider analysis will be brought to the table by PDGA’s International Director Brian Graham.

Editors note: Published in partnership with the European Open staff.