You are at:Home»Tournaments»2015 European Open: McBeth, Allen win in front of record crowds 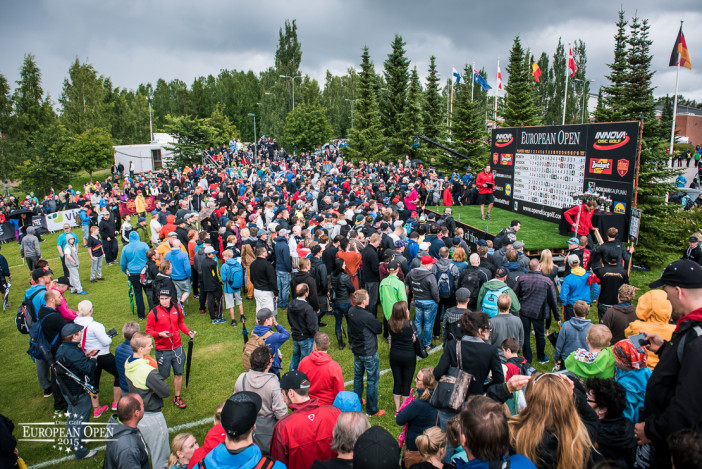 What a great finish! A record breaking audience followed the crowning moments of the 2015 European Open at the Beast today. Despite the fluctuating weather on the course today, the crowd came out to see the show. We had roughly 4,500 spectators on the course on Sunday alone and over 10,000 people visited the event site throughout the European Open week. While there’s no official records for numbers of spectators in modern disc golf events, we consider it safe to assume the amount of spectators we saw at Nokia this week set is the biggest in the history of sport. 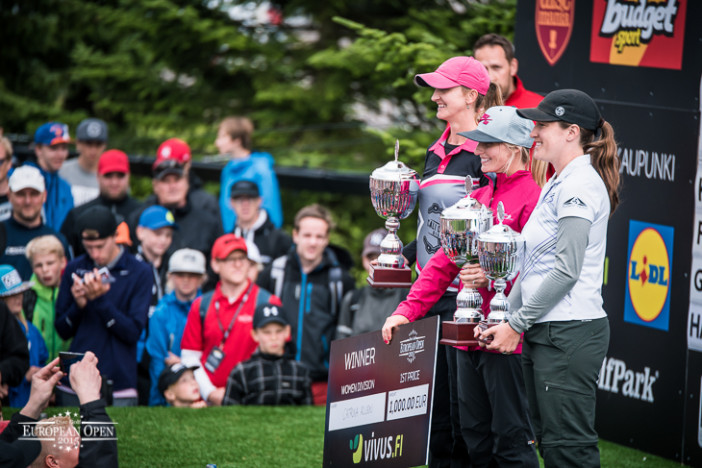 On Friday we reported about Catrina Allen’s monster round that PDGA International Director Brian Hoeniger called “the best 18 holes of championship level disc golf by a female player in the history of the sport”. Allen’s 1036-rated 2nd round hoisted her comfortably on top of the leaderboard in the ladies division with 9-stroke difference before Sarah Hokom on the 2nd place and this lead held off until the end of the tournament. In the end, Catrina was able to simply play her own game without worrying about the ladies behind her and the victory came with a solid 7-stroke difference before Hokom, who took 2nd in her first European Open tournament. 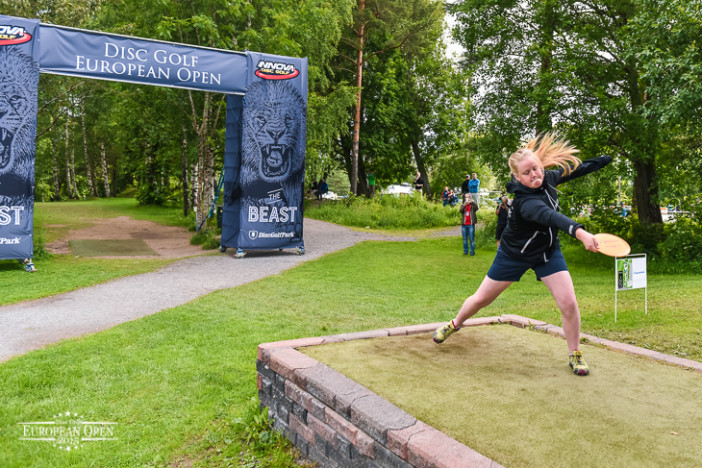 2-time European Open champion Valarie Jenkins completed the trio on the podium today and defending European Open champ Paige Pierce took 4th. The top European finishers in FPO were Finnish Eveliina Salonen (5th) and Henna Blomroos (6th) with just a 2-stroke difference between each other. What’s amazing about these girls is the fact that both of them are only 15-years-old, so make sure to keep these names in mind for the future! 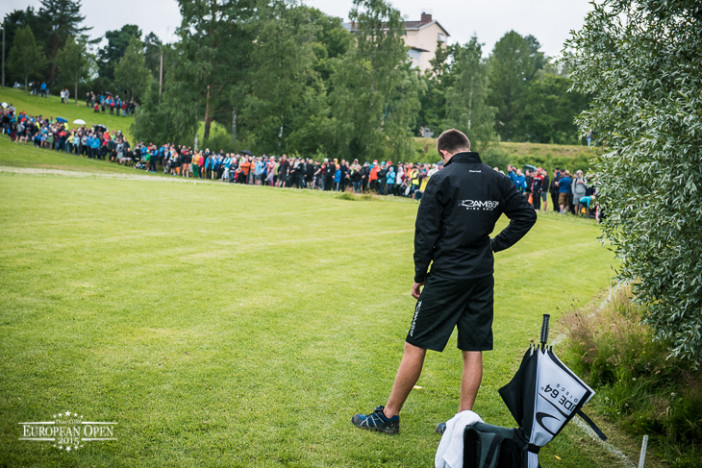 The 3-time World Champion Paul McBeth took the lead with his course record breaking round of 52 (-12) after the first day and with his 54 (-10) from the 2nd round, for a moment there it almost looked like the contest for the 1st place was over. The 3rd day however was a little sticky for McBeth and his round score of 60 (-4) allowed the rest of the field to bridge a lot of the gap McBeast had been building between himself and the rest of the MPO field. McBeth stood alone on the top spot from the beginning until the 14th hole of the final round where Ricky Wysocki, who had been catching up on McBeth since the start of round 3, took the sole birdie of the lead group to tie the lead with McBeth. On the 15th, both co-leaders took a routine birdie and up next was the treacherous bunker island hole 16.

All lead group players were able to land safely on the fairway with their tee shots and McBeth was the first to aim for the island green that he has been somewhat struggling to hit since his European Open debut in 2011. This time Paul was able to reach the pin with his 1st attempt and the pressure was on Wysocki. Unfortunately for Ricky, his 1st shot went OB long, the 2nd shot was a touch short and the third one hit the inside of the circle but jumped over the hay bales to OB. Fortunately the 4th shot was in and Ricky walked away from hole 16 with a 6 on his scorecard against Paul’s 3. 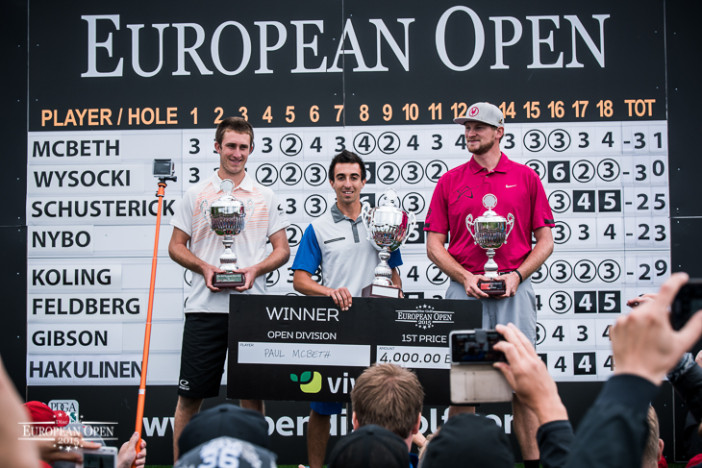 The 3 stroke difference gave Paul enough space to play it safe for the last 2 holes to take home the victory. The fact that Paul has won 4 out of the last 5 PDGA Major events outside the US, speaks volumes of how well McBeth has been playing for the last couple of years. Paul is known to enjoy the pressure of playing in front of big crowds and today when Wysocki caught up his lead, Paul smiled, looked to the Tournament Director Jussi Meresmaa and said “This is what you wanted, right?”, referring to the live TV broadcast from the last 3 holes. While there’s many great athletes in our sport today, there’s only one that’s worth being compared to Tiger Woods in his prime. That person is without a doubt Paul McBeth, of Huntington Beach, California.

The third place in the MPO division went to Jeremy Koling, who shot the hot round of 53 (-11) on the final day. Koling’s great performance today lifted him to the podium from the chase card. 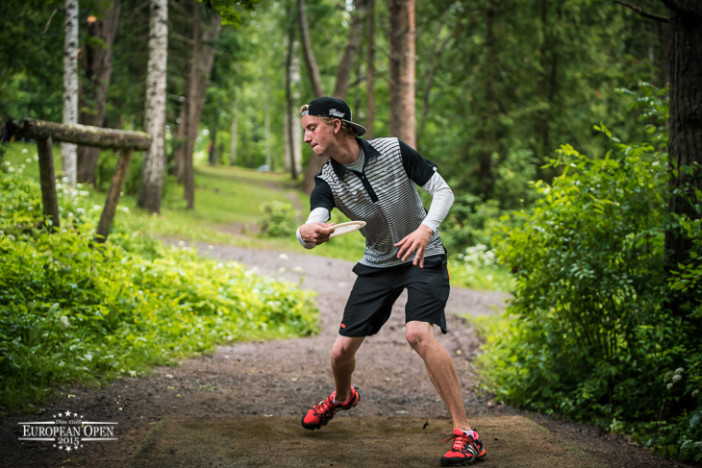 The top European MPO players in the European Open were Danish KJ Nybo (5th) and Finnish Seppo Paju (6th). KJ, who played in the lead card on Saturday and Sunday, was not able to bring his best performance to the last 2 rounds after the 52 (-12) on Friday, but still was able to pick up the 5th place in the event and a nice 1300€ pay check to take home to Denmark. Seppo Paju on the other started his tournament with a somewhat modest 64 (par), but was able to improve in the following 3 rounds, shooting 56, 57 and 57 respectively. Seppo has been playing great all year and we’re excited to see what kind of performances he’s got up in his sleeve for the rest of the touring season. 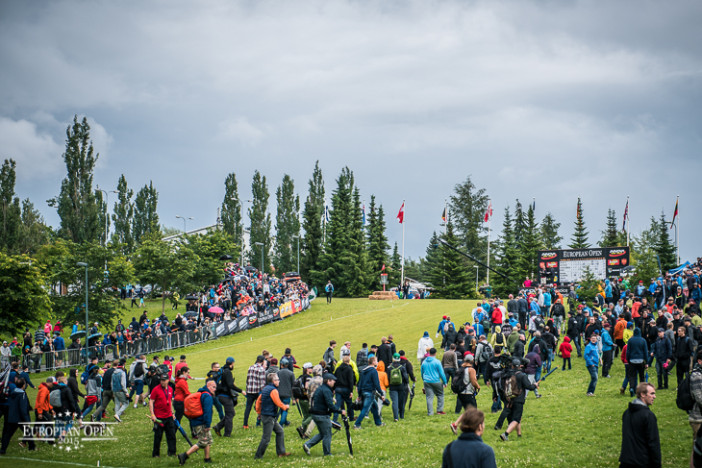 Editor’s Note: Published in partnership with the European Open.