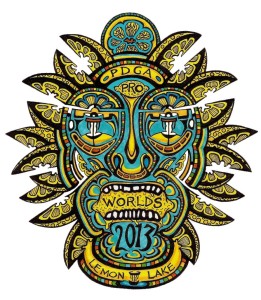 Since the start of the disc golf season in February, professional disc golfers around the world have had their eyes on Crown Point, Indiana and the Lemon Lake County Park. When all is said and done, nine disc golfers will be named World Champion. Lemon Lake was previously the host to the 2013 World Disc Golf Championships. Since then some changes have been made to the course to bring it to another level in preparation for this year’s competition.

We gave tournament director Brian Cummings a call to get details on the course expansion and what has gone in to getting Lemon Lake ready for this year’s tournament.

All Things Disc Golf: How exciting is it to have Pro Worlds back at Lemon Lake?

Brian Cummings: It really is exciting to have Worlds back at Lemon Lake. First, it is great to see a lot of friends and family again. Second, seeing all the young guns together in one place is great. Everywhere you look you will see great disc golf.

All Things Disc Golf: The courses have undergone some changes since the last time Worlds was held. What are some of the bigger changes?

All Things Disc Golf: The top disc golf professionals seem to be stronger and deeper than ever. Does the course favor any certain style of disc golfer, or will it need an all around game?

Brian Cummings: It’s an all around game. There certainly are some long holes out here, but the there is a premium on accuracy. Some of the guys like Avery Jenkins like the long holes, but you need to be accurate. The blue course is a little more open. They’ll throw that 450 hyzer shot all day. Other courses need you to be accurate to be in the fairway.

All Things Disc Golf: If you could make a prediction, who are the picks to click?

Brian Cummings: Gosh, it is hard to make a pick. What does Vegas have on this?

All Things Disc Golf: It certainly takes an army to put on a tournament of this caliber. Has all the prep work gone according to plan?

Brian Cummings: Things really have gone according to plan. The final days will have some tweaking to pull up some weeds and just clean things up. We’re ready to go!

All Things Disc Golf: Who makes it possible to run such a great tournament?

Brian Cummings: We certainly need to thank the PDGA for all of their help in putting on the tournament. Innova has also stepped up big to be our big sponsor. We’re very thankful to have them and the other manufactures on board. We should tip our hats to the Lake County parks for the ability to develop these courses. The financial support means a lot and that allows us to make these courses so great and make things happen. 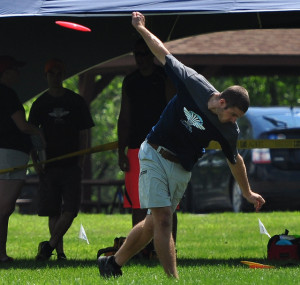 Wiggins also performed well in the putting competition with a score of 23. He is tied for first with Kenny Glassman (2011 Amateur World Champion). Des Reading and Paige Pierce are tied at 12 in the women’s division. The putting competition comes to an end on Tuesday. Glenn Henry and Pam Reineke are leading the Senior divisions.

The pros then put the normal discs away and took our the minis for a tough competition on the mini golf course. The smaller size was no challenge for Wiggins as he beat Steve Brinster by one to win the Mini Golf title. Morgan Linc won the Senior Grandmasters Mini Golf competition.

Sunday also saw the mixed doubles competition take place at Lemon Lake. Catrina Allen and Will Schusterick took home the win by six strokes over the rest of the field. Will that momentum transfer to singles play? We’ll have to wait and find out.

While the pros get ready for the real tournament, you still have some time for some Fantasy Disc Golf picks. Most of the FDG leagues took the salary cap off to allow you a full access to a dream team of disc golfers. While you can’t go wrong with any of the top rated pros, here are some to consider:

Late last week, 2010 World Champion Eric McCabe announced he had to pull out of this year’s Worlds with a back injury. On the women’s side, Brittany Blair had to withdraw due to an eye infection.

The fields for Pro Worlds are always strong. These are the best of the best in one location. Will Paul McBeth make it two in a row? Will someone win it for the first time? We’ll find out on Saturday who gets to raise the trophy and call themselves World Champion.