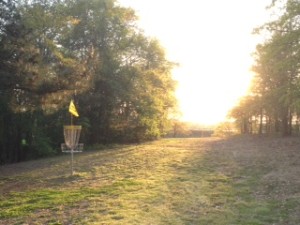 We put in quite a bit of work today. We got to meet some more schools and played a couple more rounds to catch up and also separate ourselves from other schools.

Championship teams played 2 singles rounds today and the top contenders that qualified got to play in a final singles round to determine the Top 20 that we going to be deemed an ‘All-American.” We saw some of the scores, but I was unable to see who were the players that earned the title of being an “All-American.” However, during the round, we did see UCSB’s Mike Sale successfully earn a top spot as only a freshman. He will be dangerous in 3 years. We also saw Colorado State, University of Arkansas, and one of our very own Otters, Eric McBurney, took the 13th spot on the board to become a 2nd Team All-American Collegiate Disc Golfer. He shot a -6 through 53 holes of golf today. 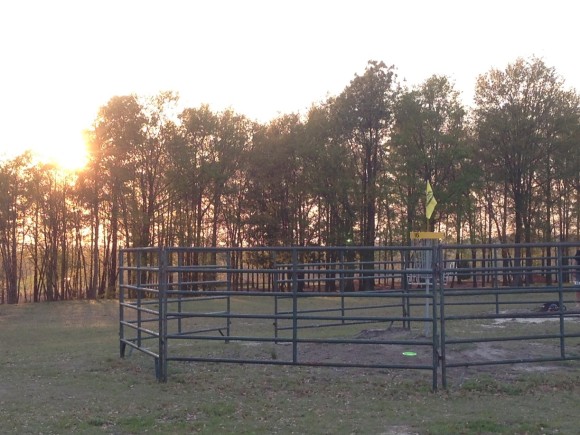 First Flight Division played 2 doubles rounds on Old Glory and Hogback. There were not many huge changes in the top places of the board. However, Alabama played extremely well and earned a spot in the Top 4. The Top 4 teams, Texas State, CSUMB, Alabama and Georgia Regents-Augusta will play an early morning round at 8:30 am to determine the winners of this year’s First Flight National Championships. The Championship Division will do the same thing but they will have later tee times. 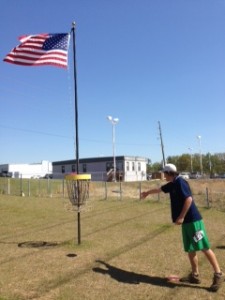 Today was a busy day. We do have plenty of photos to share! Here are a couple of signature holes on Old Glory including the Bullpen hole. Don’t forget to tune in for the finals and see the last bit of competition on discgolfplanet.tv. You won’t want to miss it!